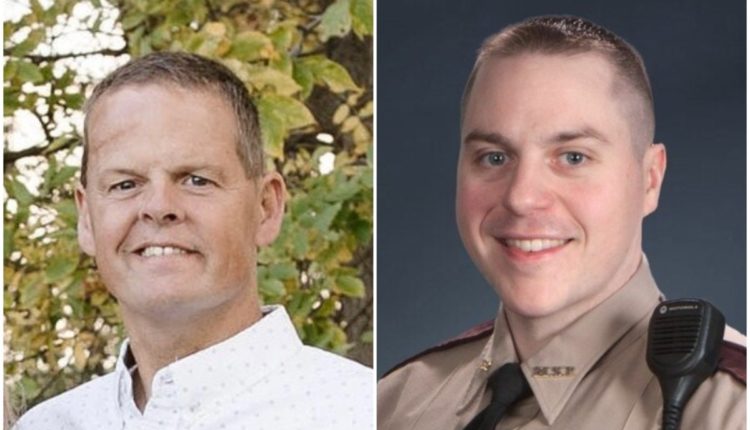 In a heartfelt Facebook post on Friday, the patrol announced the deaths of Rob Veldkamp, ​​49, and Derek Haehnel, 36:

Veldkamp, ​​a father of seven, was working in the Marshall District on patrol and died on Sunday, November 14. According to his obituary, he began his career in the police force in 1993 as a deputy for Murray County. He joined the state patrol in 1999 and served as a trooper “for the next 22 years.”

Rob was quick to understand, could talk to anyone and spent his time loving and leading his family. Not only was he a wonderful father, Rob was also a devoted husband who loved Tricia and constantly put her and his family’s needs before his own. Christian music and attending Christian music festivals were some of his favorites, along with enjoying food with friends and colleagues and chatting with his kids after sporting events with chips and salsa. He inspired a love of Christian music in his children, a firm work ethic and a passion for sports. Most importantly, he pointed them to Jesus, who he claimed was his personal Savior and Lord.

Veldkamp was diagnosed with a brain tumor in 2008 “and spent the next 13 years astonishing those around him with his tenacity, strength and love for Jesus and his family.”

Meanwhile, Derek Haehnel, who died two days after Veldkamp on Tuesday, November 16, is remembered as “a wonderful father” who was “not your typical fair-weather Vikings fan” according to his obituary:

Over the years, Derek has had many hobbies. He was a very determined person and taught himself to snowboard and play the guitar. He also enjoyed playing golf, frisbee golf, racquetball and softball with friends. Derek wasn’t your typical fair-weather Vikings fan. As a seven-year-old season ticket holder, he attended many games and was a true fan. Derek loved to exercise and was a member of a CrossFit gym for many years. He even built his own garage gym to workout at home once life got busy. In recent years, Derek started playing Call of Duty online with friends and collecting sports cards. Derek was a fan of the show Survivor and planned to attend the 2020 casting call until it was canceled due to COVID.

The obituary states that he earned two life-saving awards during his time with the State Patrol.

Haehnel died at his home “after a long battle with melanoma.”

“Troopers Veldkamp and Haehnel were great members of the State Patrol,” said Friday’s Facebook post. “They left behind wonderful families and young children. Thank you to the people in the Marshall and western metro areas who have surrounded their families and larger communities with love and support.”

‘It’s essential’ that pediatricians have a self-care plan