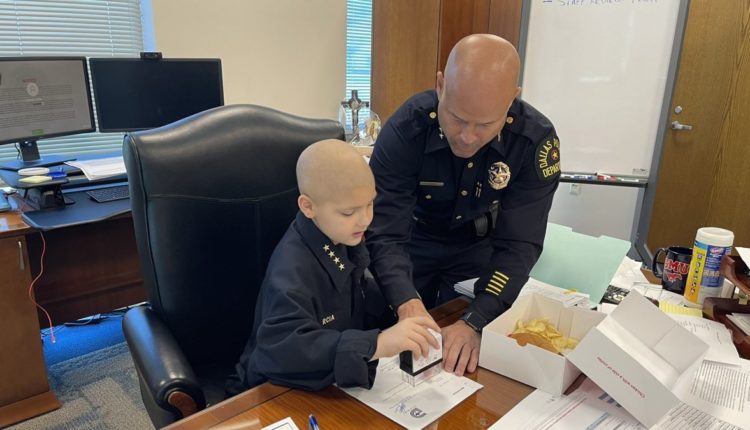 A 6-year-old cancer survivor from Rockwall spent the day as chief of police in Dallas on Friday.

According to the Dallas Police Department, Hernandez helped police finalize some important papers, and he even signed and discussed force fields with Chief Garcia.

According to the Rockwall Police Department, Hernandez underwent chemotherapy at Children’s Medical Center Dallas in August after his cancer diagnosis. He rang the doorbell to indicate that he was cancer-free and was released from the hospital in October.

Rockwall Police said Hernandez wants to be a police officer when he grows up. He has told his mother that he wants to “arrest the bad guys.”

Rockwall Police said in a Facebook post that after ringing the bell to signal the end of chemotherapy treatment, it appears that Hernandez has indeed “arrested the bad guys.”

Beloved Lancaster Pediatrician Dies Days After Being Struck By Vehicle