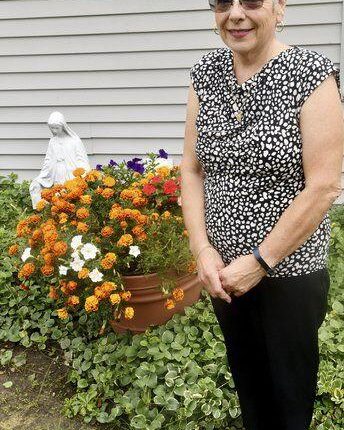 Ashtabula resident Sue Niemi was in the fight of her life not once but three times. Breast cancer knocked her down, but not out.

Niemi, 64, a registered nurse, was first diagnosed in 1987 when she was just 30 years old after finding a lump. She immediately followed up with a mammogram and surgical biopsy. The cancer returned in 1994 and again in 2012, when she underwent a bilateral mastectomy.

She tells her story to educate and encourage women, especially younger women, who are dealing with cancer.

“I thank my faith in God and my doctors who treated me – Dr. Lawrence Levy and Dr. Mohammad Varghai,” she said. “Mammograms can save your life. I am a three-time breast cancer survivor thanks to mammography.”

The first appearance was treated with a surgical lumpectomy, chemotherapy, and radiation, which caused her hair to thin.

“I was only 30 years old, married and had two small children,” she said. “I was determined that history would not repeat itself. I lost my mother to breast cancer when I was 11 years old.”

The second event was treated with a lumpectomy and radiation.

“Throughout her struggle, she remained a nurse, mother and wife without missing a beat,” he said. “I am so proud of her and how she has helped so many women in the fight against breast cancer.”

Today, the Niemis are retired and their children are grown.

“I’m grateful for every day,” said Sue Niemi. “I ended up retiring early because of cervical dystonia in my neck, but I enjoy traveling and spending time with my family and grandchildren.”

Niemi preaches prevention is really the best cure. Monthly self-breast exams are important and annual mammograms. She understands how some women are scared and put off mammograms.

“Fear of the unknown is very powerful, but facts, treatment and prayers combat any fear,” she said. “Breast cancer has affected my whole life. I am 64 years old and I live thanks to science and God. My mother died of breast cancer at age 51 and my niece at age 31. I was 30 when I first appeared; 37 for the second occurrence and 54 for the last occurrence.”

Niemi’s daughter, Josie, decided to undergo a prophylactic bilateral mastectomy at the age of 23 because of a family history of breast cancer.

“Now I have an 18-month-old granddaughter to worry about,” Niemi said. “I pray that scientists will be able to put an end to this disease.”

Niemi believes that women should trust their instincts and get a second opinion.

“Your life is worth it. God had a purpose for me. He could have taken me three times with breast cancer, once with meningitis and once with a heart attack. My work on earth is not done yet,” she said. “My prayers were to raise my two children. Now I live to see my four beautiful grandchildren grow up. God is good.”