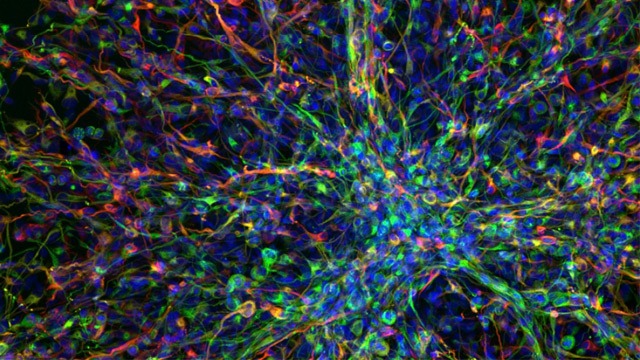 Scientists have used artificial intelligence-enhanced tools to successfully propose a new combination of drugs for use against an incurable brain cancer in children.

The approach, designed to expand researchers’ capabilities using AI, allowed the scientists to explore ideas about how to target children with diffuse intrinsic pontine glioma (DIPG) who have mutations in a gene. called ACVR1.

The scientists found that taking a drug called everolimus alongside a drug called vandetanib can improve vandetanib’s ability to cross the blood-brain barrier to treat the cancer. The proposed combination has been shown to be effective in tests on mice and has already been tested in a small cohort of children.

The study, led by scientists from The Institute of Cancer Research, London, and The Royal Marsden NHS Foundation Trust, is an example of how using an AI-enhanced approach can open new doors to cancer treatment by discovering new ways for existing drugs.

The research was published in the journal Cancer Discovery and was funded by Brain Research UK, the DIPG Collaborative, Children with Cancer UK, Abbie’s Army, Lucas’ Legacy, The Lyla Nsouli Foundation, Cancer Research UK, and a George and the Giant Pledge donation. to The Royal Marsden Cancer Charity.

A quarter of children with DIPG have a mutation in a gene known as ACVR1, but no treatment targeting this mutation is currently approved for use in DIPG.

The targeted drug vandetanib, which is approved to treat thyroid cancer, works against the ACVR1 gene, but has trouble crossing the blood-brain barrier. It is pushed back out of the brain, meaning it can’t build up to a high enough concentration in the brain to have a therapeutic effect.

The researchers used BenevolentAI’s platform to identify drugs that could be used to target ACVR1 mutations in DIPG and suggested combining vandetanib with another drug, everolimus, that prevents vandetanib from being ejected from the brain.

Calculation tools have allowed scientists to explore the information in the graph and discover insights that they would not have been able to find with human reasoning alone.

A team led by scientists at the ICR showed that combining the two drugs increased the amount of vandetanib in the brains of mice with DIPG by 56 percent. The researchers also found that the treatment increased survival in mice by 14 percent compared to those who received a control treatment.

The drugs identified in the study, vandetanib and everolimus, have already been approved for the treatment of other cancers by NICE, the European Medicines Agency (EMA), and the US Food and Drug Administration (FDA), and can be reused for use in combination with treating children with DIPG and an ACVR1 mutation.

In the study, doctors also conducted initial tests of the drug combination in four DIPG patients.

The next step will be for the drug combination to be admitted to clinical trials, which the researchers hope will happen in the near future.

The value of AI

“DIPG is a rare and aggressive childhood brain cancer and survival rates have not changed in the past 50 years, so we urgently need to find new treatments for this disease.

“Our study demonstrates how much AI can contribute to drug discovery for cancers such as DIPG, by proposing new treatment combinations that would not be apparent to humans.

“The AI ​​system suggested using a combination of two existing drugs to treat some children with DIPG — one to target the ACVR1 mutation and the other to sneak the former beyond the blood-brain barrier. treatment extended survival when we tested it in a mouse model, and we’ve already started testing it in a small number of children.

“We still need a full clinical trial to assess whether the treatment could benefit children, but we’ve moved to this stage much faster than would ever have been possible without the help of AI.”

“Close collaboration between scientists from the ICR and clinicians from The Royal Marsden made this bench-to-bed approach possible. The clinical results are too preliminary to draw firm conclusions, but we are working to further develop this combination in a clinical trial for children with ACVR1 mutant DIPG.”

A ‘transformative effect’ on drug discovery

“The use of AI promises to have a transformative effect on drug discovery, by identifying the most promising drug targets, understanding the structures of proteins from their amino acid sequence, or, as here, proposing ways to combine existing drugs together. to create powerful new combinations .

“In this study, the use of AI has identified a drug combination that shows promise as a future treatment for some children with incurable brain cancer. It’s exciting to think it could become one of the first examples of an AI-proposed treatment that benefits patients.”

“We are pleased that our AI-assisted repurposing hypothesis for this new combination has yielded promising early results. AI-enhanced approaches are already proving their value in expanding the capabilities of researchers to find innovative new treatment approaches – whether by discovering new therapies or repurposing existing ones – not only in DIPG, but also other diseases in the future .”

‘A step in the right direction’

dr. Diana Martins Carvalho, lead author of the study and a postdoctoral researcher at the Institute of Cancer Research, London, said:

“At the ICR, we are fortunate to partner with some fantastic parent-led charities dedicated to funding research into DIPG. This important research would not have been possible without their support, for which we are immensely grateful.

“While we still have a long way to go, I am proud of the progress we are making to better understand and treat DIPG. This research is a step in the right direction towards finding effective treatments so that children with DIPG have a better chance of life.”

Abbie Misfud was six years old when she died of DIPG, five months after being diagnosed. Her parents Amanda and Ray founded the charity Abbie’s Army in her memory. Amanda Misfud said:

“Our support from Prof Chris Jones and the Jones lab at the ICR goes back a number of years and we are very proud to be associated with this research. Ever since Abbie lost her life to DIPG and seen so many other children die, we’ve just been forced and driven to help.

“One of our very first projects with Chris was to support a PhD student and preclinical work around the new discovery of ACVR1 and its relevance to the subset of DIPG patients with these specific targeting tumor mutations.

“Having something biologically relevant to treat this disease emerge for clinical study is absolutely central to our goals, any new development individually and specifically designed for DIPG treatment in the UK is hugely important.

“Using AI and all the new technologies available to treat and improve outcomes will be vital to accelerate the progress that all children with DIPG so desperately need.”

This article has been republished based on the following materials. Note: Material may have been edited for length and content. For more information, please contact the said source.

“We wanted to hit the floor running.’ Pediatrician prepares for approval of COVID-19 vaccine for children under 12 :: WRAL.com