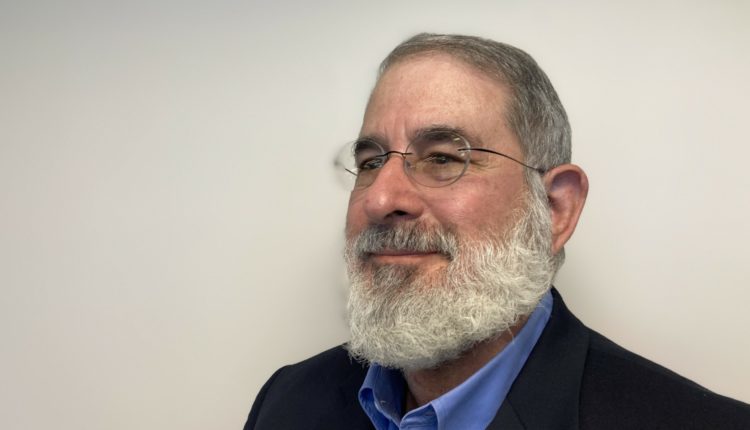 The Alaska chapter of a national group of pediatricians has written a blistering letter to Dr. Anchorage Chief Medical Officer Michael Savitt, criticizing recent statements he has made about the effectiveness of masking and the spread of COVID-19 in the city.

The group questioned whether Savitt, who is a pediatrician, should remain in his position.

The letter is from the Alaska Division of the American Academy of Pediatrics and is dated Thursday. It lists three primary concerns with Savitt’s comments at an Anchorage Assembly meeting on Tuesday. During the meeting, the Assembly debated an emergency masking ordinance, which eventually went back into effect Thursday after a veto by Mayor Dave Bronson.

Savitt was asked at the meeting by Chugiak/Eagle River Assembly member Jamie Allard to speak about the declining daily number of COVID-19 cases in Anchorage.

But in its letter, the pediatrician group fired back: “No public health definition is a percentage of 115 cases per 100,000 per day a ‘good’ number.” The letter went on to note that Anchorage’s number of cases on Wednesday was more than four times the national rate.

The letter’s authors also criticized Savitt’s comparison of the city’s numbers with those recorded by the Anchorage School District, which introduced a mask mandate in August.

Here’s what Savitt said about the neighborhood.

“Their active case was 448 as opposed to our 181. And their total cases are over 2,800,” Savitt said. “Now that is a mix between students and lecturers, they don’t break that down. So I’m not quite sure if the masks really help, at least as far as the school is concerned.”

The letter referred to Savitt’s report of 181 active cases as “gross misrepresentation.”

“There are an average of 339 new cases per day in Anchorage, and each of these cases is ‘active’ for at least ten days,” the letter said. “There are easily several thousand active COVID-19 cases in Anchorage right now, and comparing a day’s incident to the ASD’s well-monitored dashboard is incompetent at best and disinformation at worst.”

The last major criticism of Savitt in the letter concerns comments he made about the masking ordinance.

“I’ve been vaccinated,” Savitt said. ‘But as a courtesy to the Assembly, since you asked us to wear masks, I’m wearing one. I don’t need a mandate to tell me to wear a mask.”

In response to Savitt’s comments, the pediatrician group wrote that not everyone shares Savitt’s “courtesy.”

“Surgical masks and cloth face coverings are significantly more effective if they all wear masks because of the source control afforded to contagious individuals,” the letter said.

In the letter, the doctors were not uniformly critical of Savitt. The authors began the letter by praising an op-ed written by Savitt and published Monday by the Anchorage Daily News. Savitt urged people to stop attacking medical personnel.

However, the letter ended with a critique of Savitt’s objectivity. It noted that while Savitt criticized mask wearing during Tuesday’s meeting, he had expressed support for masks in the past.

“We no longer feel that you demonstrate your ability to actively and objectively advocate for the common good of the residents of this community,” the authors wrote in the letter’s final paragraph.

In an email statement, Dr. Savitt’s letter attacks his character.

“They’re mad at me for not supporting a mask mandate as they requested before,” Savitt said. “My answers to the question from members of the Anchorage Assembly were factual and based on data from the state of Alaska.”

Asked to comment in addition to the letter itself, Dale Knutsen, executive director of the American Academy of Pediatrics Alaska Chapter wrote, “All physician signatories are busy caring for patients today. We would like the letter to speak for itself. ”

[Sign up for Alaska Public Media’s daily newsletter to get our top stories delivered to your inbox.]

Community rallies together after charity Halloween decorations stolen in Woodbury