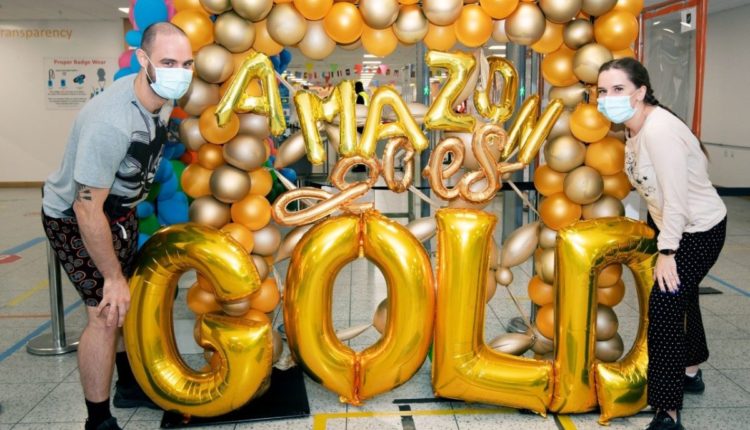 THE Amazon team at the shelter in Coventry made a donation of £1,000 to Birmingham Children’s Hospital Charity as part of the company’s global Amazon Goes Gold campaign during Childhood Cancer Awareness Month in September.

Now in its fifth year, #AmazonGoesGold is a global initiative to highlight, support and amplify the incredible work of many organizations to increase survival through lifesaving treatments and research.

This year’s charitable partners include the Starlight Foundation, Together for Short Lives and the Children’s Cancer and Leukemia Group.

One of the events this year was a 48 hour PJammin’ party, the team in Coventry joined colleagues across the UK by wearing pyjamas to work in honor of children who spend every day in their pyjamas during treatment.

Amazon Coventry CEO Paul Roberts said: “It’s fantastic to be supporting Birmingham Children’s Hospital Charity as part of this year’s Amazon Goes Gold campaign and we hope the donation will give a boost to the staff and volunteers who do so much for the children in our community.”