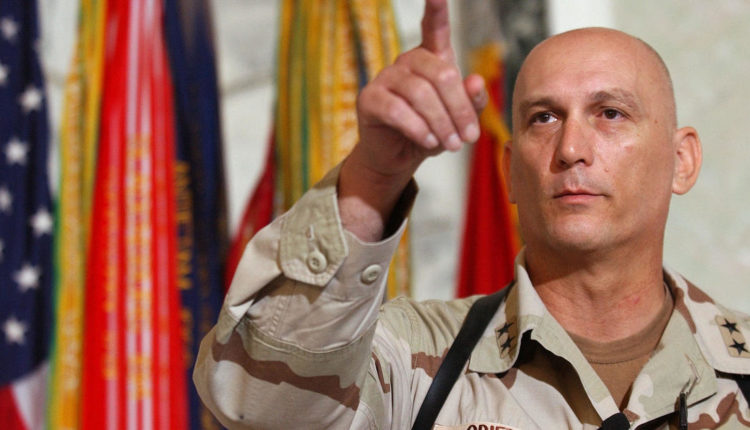 Raymond T. Odierno, a retired Army general who commanded U.S. and coalition forces in Iraq at the height of the war and concluded a 39-year career serving as Army Chief of Staff, has died, his family said. Saturday. He was 67.

“The general died after a valiant battle with cancer; his death was unrelated to COVID,” a family statement said. “There are no other details to share at this time. His family is grateful for the concern and asks for privacy.”

Odierno died Friday; the family declined to say where. It said no information about the funeral and burial was yet available.

President Biden praised Odierno as a “hero of great integrity and honor”. In a joint statement, President and First Lady Jill Biden recalled that Odierno spoke at the funeral of their son Beau, who served under Odierno in Iraq and died of brain cancer in 2015.

“Ray was a giant in military circles — committed first and always to the military he commanded and served alongside him,” the Bidens said, adding that Odierno and his wife Linda were advocates for military children and families.

“We stand behind the Odierno family and all our brave soldiers who were shaped and molded by General Odierno during his lifetime,” they said.

At 6-foot-5, Odierno was an imposing figure. He played football as a cadet at West Point and maintained a lifelong interest in the sport. Army Secretary Christine Wormuth wrote on Twitter Saturday night that Odierno embodied the values ​​of West Point and of the military itself.

“A leader greater than life, we will always remember him for his selfless service to our nation and to our soldiers in and out of uniform,” she wrote.

What may cause it and how to prevent it