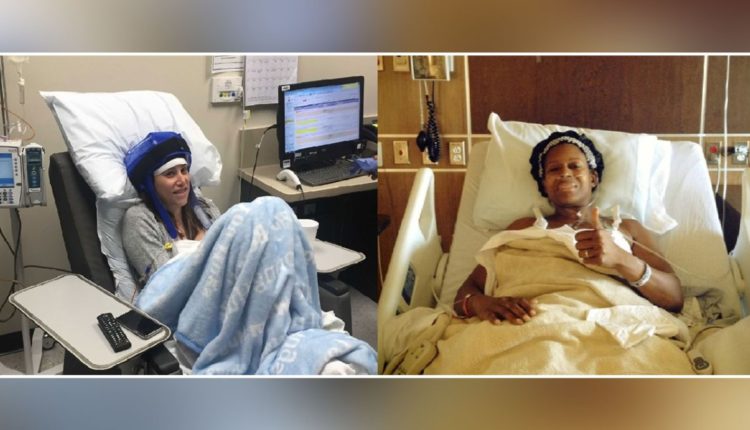 Thousands of breast cancer survivors and supporters are expected to gather outside the NorthPark Center to reflect on their journey and remember those who lost their battle with cancer. Details are available online.

Ahead of the meaningful event, two survivors shared their stories of hope with NBC 5.

Sheila Taylor-Clark of Lewisville is excited to reunite with her sisters in pink at Saturday’s event, the first Komen event in two years to be held in person.

And she has so much to celebrate this time. She recently defeated her third battle with breast cancer.

Sheila’s first diagnosis came in 2005 when she was only 34 years old.

“I had no idea this would happen to me,” she recalls. “I also had to deal with grief at the sight of my mother-in-law dying of the same disease at the age of 46.”

She remembers the feeling of helplessness during her initial diagnosis.

“I got that phone call that nobody wants to get and it starts with the word ‘unfortunately’. And nothing good ever comes after ‘unfortunately,'” she said. “It was all a blur, but in the middle of it, I really thought the moment I was diagnosed, I was going to die.”

Sheila during her second battle with cancer.

After she beat cancer the first time, years passed until she was diagnosed again in 2013. By the time she overcame cancer a second time, Shelia had undergone a lumpectomy, a double mastectomy, chemo, and radiation.

Then, in late 2019, she felt something in her forearm. The cancer had returned for the third time.

‘Yes, take the news. We are all in shock we have to process and process that. But at the end of the day, we have to be ready to be a warrior and ready to fight,” she said of her determination. “Put on your battle gear and gather your prayer circle. Be your own best advocate for your doctors.”

In her last battle, she underwent more surgeries and treatments during the height of the pandemic in 2020. Due to health department protocols, her husband, family and friends were unable to physically be with her to support her.

Undergoing radiation during the pandemic.

“I had to go through chemotherapy again, which felt different this time because I was so alone. In my first fight, I had my family by my side, college classmates, my sorority sisters were all there,” Sheila said. “No one could bring or visit me because of the lockdown. So I had to undergo my surgeries, two of which were on my own. FaceTimed with my husband and my kid.”

She even got sick with COVID-19 while still undergoing radiation treatments, but beat that too.

“I knew I had a team because nobody walks alone,” she said.

Sheila said a saving grace during her three bouts with cancer was just her hold on positivity. She made it a point to wear the most colorful tutus and high heels to chemotherapy treatments.

“Even at that young age, I always seem to find the humor in things. I’ve lived a great life, I’ve done great things. And if my time is up, so be it,” she recalls. “My advice is always to move on and be angry. It’s okay to be sad to be angry. Deal with those emotions, but only handle them for a short time and at some point shake them off. Realize that this is a struggle, a struggle for your life.”

Somehow, Sheila also juggled graduation, her job as a CPA, running for the local school board, being appointed to the Lewisville planning and zoning committee, and raising her daughter—all while battling cancer.

She is now in remission and devoting her time to educating the community. Compared to white women, black women have an increased risk of dying from breast cancer.

“I think in my community there’s always the fear of, ‘I found a lump and I’m scared.’ And I’ve heard that from people — unfortunately I saw it with my own mother-in-law,” she said. “If you wait, this disease will kill you. If you feel a lump, you have the best chance of survival if you go ahead and get checked out and it’s caught early. You don’t want it to spread or metastasize.”

She wants to remind others that even if they don’t have insurance, there are resources to help, such as the Bridge Breast Network. Susan G. Komen also provides assistance with treatment, resources, and screenings.

Brace yourself for the unknown

While many are often blinded by cancer, there is a small percentage of women who already know that their chances of having a life-changing diagnosis are already higher.

According to BreastCancer.org, about 5% to 10% of breast cancers are believed to be hereditary, meaning the cancer is related to mutations in genes passed from parent to child.

Such is the case for Natalie Taylor from Dallas.

Natalie and her husband

“It was something that was going to happen anyway. The good thing is I knew about it,” she said.

The BRCA gene stands for BReast CANcer gene, which are genes that produce proteins to help repair damaged DNA. Everyone has two copies of these genes, inherited from each parent. Sometimes those genes can be a mutated variant, and those who inherit these deleterious variants of the BRCA1 and BRCA2 genes can have an increased risk of several cancers, especially breast and ovarian cancer.

For Natalie’s family, heritage played a key role in understanding her risk. Her father’s side of the family is Ashkenazi Jewish, or Jewish of Eastern European descent.

Natalie and her family

According to the CDC, one in 40 Ashkenazi Jewish women has a BRCA gene mutation and is at higher risk for breast cancer before age 45.

Natalie’s grandmother was diagnosed with breast cancer when she was in her 40s.

“That was fifty years ago. And at that time, most cancers were only treated surgically and he moved on. There were some rounds of chemotherapy available, but it was a very different world,” she said.

After confirming the gene mutation, Natalie immediately enrolled in a breast cancer program at UT Southwestern to begin semi-annual checkups for those at risk for cancer. Click here to learn more.

“It took me a few months to really understand, knowledge is power. This is the reality that has been handed to me,” she said.

Her doctors put several options on the table, including preventive surgery to reduce the risk of developing cancer. But Natalie said it was a tough decision to make at such an early stage in her life.

“I had thought about it, but what my doctors had assured me is that this is not a decision you should make right away. If you want to have children and then think about it, there are many options here,” she recalls. We are in a place where many cancers are treatable, even curable if caught early.”

At age 29, she was between her 6-month screenings when she noticed a lump. She was quickly diagnosed with stage 1 triple negative breast cancer. Fortunately, her doctors already had a plan in place because of the hereditary program at UTSW.

“It was a game-changer to be on a program like that because they were already able to take off. You already feel comfortable with your caregivers and your doctors, and you have that step of confusion and skipped the intermediate part of what’s going to happen a bit,” she said.

Doctors were able to start a specific chemo treatment on Natalie and through drugs and other therapies she was able to get through it.

Frankly, I went on chemo expecting my world to be turned upside down,” she said. “I remember a nurse telling me at the beginning, this isn’t your mom’s chemo. They have great anti-nausea meds over the toilet all the time. The steroids keep you energized. You can recover much faster. They have a very good medicine that they can give you while they give you the chemo.”

She even tried a cold capping method on her head to reduce hair loss, which helped boost her confidence during chemotherapy treatments.

“It allowed me to have a little bit of control over my life. I’ve worked through my entire chemotherapy,” she said.

Today, at the age of 31, she is cancer-free but cautious. Just a few more years and she’ll be officially free.

For now, she’s making a career switch from finance to medicine, to help others on their own journey.

“I was really interested in my own diagnosis and I realized this is something I’m really passionate about,” she said. “I really want to help people and make a difference in other people’s lives the way people in the hospital made a difference in mine.”

If you or someone you know needs support with a cancer diagnosis, click here.