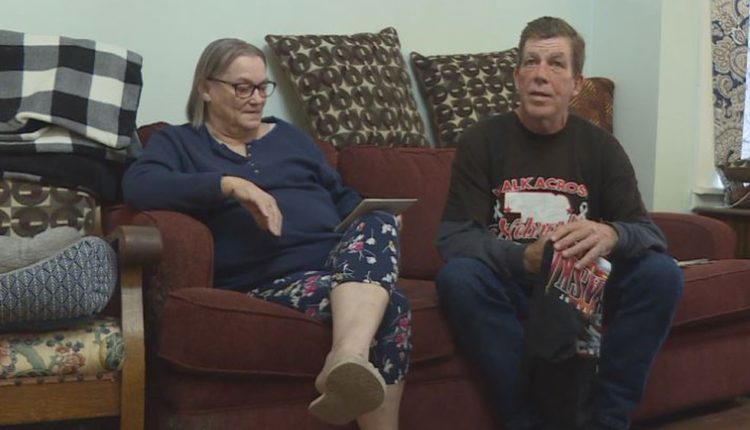 HOLSTEIN, Neb. (KSNB) – One man’s determination and a search for a cure for cancer led him 19 years later back to Nebraska to help a 4-year-old girl in Cozad.

Jim Hickey came all the way from Brooklyn to do what he’s been doing for over 20 years, which is to cross the country, all on foot, to raise awareness and money for cancer patients.

“I just got here yesterday and have today off, but the weather isn’t cooperating,” Hickey said.

Hickey began walking around the country in 1998 after losing his father to prostate cancer and watching his brother battle the same disease.

“Different circumstances, as far as what the cancer did to them, but the same kind of cancer almost a year to the day, it just did something to me,” Hickey said.

Hickey took a total of nine walks and covered more than 8,000 miles, but it was the people he met along the way, like Chris Nielsen of Holstein in 2002, that kept him going all these years.

“I came through Hastings and this area and my friend here Chris Nielsen was just absolutely amazing,” Hickey said. “She was working at the Eagle’s Lodge at the time – and they had a ‘Welcome Jim’ banner on it because I contacted them in advance and I had never been welcomed in a place like this before.”

Fast forward 19 years later and Nielsen, who has been battling cancer herself for the past few years, had allowed him to stay at her home while he rests on his current walk.

“He’s completely sincere and since I’ve lost a lot of my family to cancer I think it’s a very good cause,” Nielsen said.

Since he broke his leg in 2011 and recently turned 60, Hickey has stopped taking long walks across the country for health reasons, but instead takes shorter walks for children battling cancer. Currently, only 4% of cancer research is devoted to them.

Hickey is walking this week for a little girl named Paishence from Cozad. He started in North Platte and plans to travel a total of 500 miles to Omaha to raise money for her and her family. Go to the girl’s GoFundMe to donate.