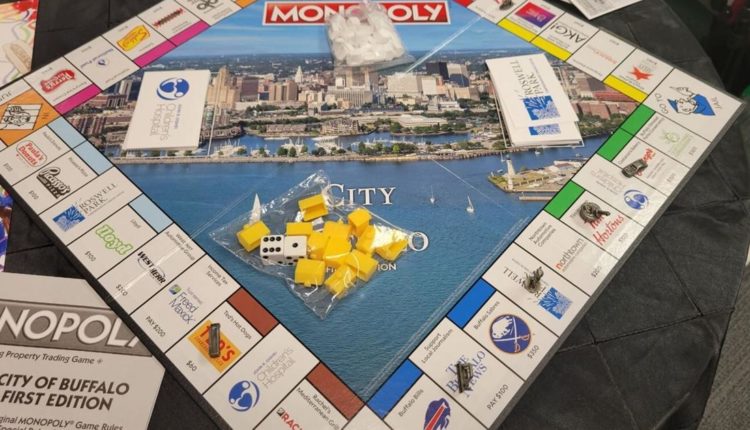 Two years ago, he said his family had moved to Florida. A hurricane forced them to spend the Labor Day weekend in Georgia, where Andre began to feel sick overnight and progressed.

Andre’s parents took him to an Atlanta hospital, where a surgeon told them to have Andre’s appendix removed.

“We had the appendix removed, but during that procedure, the surgeon came and told us that they had found a tumor attached to his kidney and that we had to act quickly to have it removed. So he had surgery the next day, ‘ said Sander.

“Our insurance was in that hole where it expired, and so we were in a very difficult situation,” said Sanders, noting that he was starting a new business at the time, and his wife, a nurse, had started at a new job as a lecturer at a university.

Phil Yawman, president of the Cooley Group, brought the Monopoly opportunity to Roswell Park and saw the potential of the Monopoly name and the money it could potentially raise to help pediatric patients, Hickok said.

In the revised version of the game, the pieces of real estate that players buy and trade have been replaced by well-known Buffalo companies and cultural institutions. The Buffalo Bills and Sabers will replace Boardwalk and Park Place, while a space commonly reserved for a “luxury tax” will instead prompt players to “Support Local Journalism” by The Buffalo News (at a cost of $100). in Monopoly money).