Cancer patient facing challenges to get a replacement 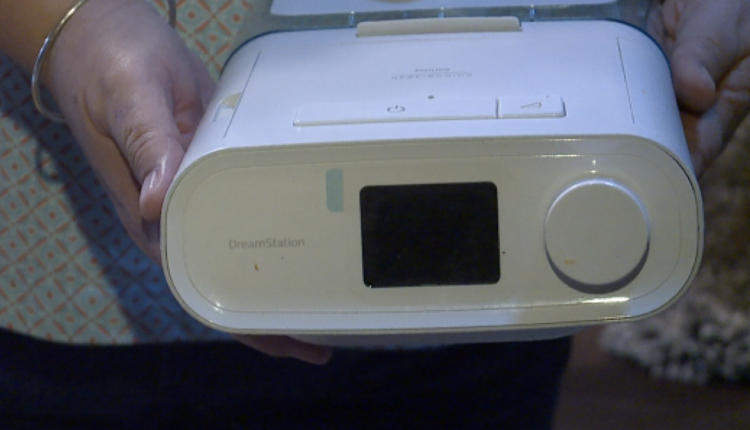 TUCSON, ARIZ. (KGUN) — Donna Seals loves her children, and after completing a recent adoption and bringing three new children into her family, the mother of nine and grandmother have been looking forward to celebrating the holidays and creating new memories with her. loved ones.

With that future at stake, it’s because Donna received some bad news about her health, when she discovered she has a rare form of leukemia. Time is of the essence to get all the medical help she needs to extend her life.

“I was diagnosed with chronic myeloid leukemia in 2020. I also have some lung problems, kidney problems and liver problems. The last bone marrow biopsy I had was not good,” Seals said.

Seals started using a CPAP machine ten years ago after finding out she had sleep apnea. She has had three machines since then and two of them have been recalled. The latest is her Dreamstation CPAP machine made by Philips. Seals found out about the recall after an online search for her machine, and she says she never received a message from Philips.

In June 2021, the Food and Drug Administration (FDA) and Philips both announced a recall for the Dreamstation and other CPAP machines.

“I’ve had this particular one since 2019. It affects me, it affects my cancer, it affects every part of my health,” Seal said.

Seal says getting a replacement was a nightmare when she registered her machine for the recall. She found that it can take a month to a year to get a replacement. In addition, she is disabled and cannot afford the nearly $1,000 price tag for another brand.

“Medicare will only replace them every five years. They won’t replace these because it’s not within the five-year parameters,” Seal said.

According to the FDA, the polyester-based sound-deadening foam filters in the machines can break down and release particles inside the machine, causing users to inhale them.

The FDA also says it can potentially cause cancer and affect your liver, lungs, and other parts of the body.

So far, 1,200 complaints and 100 injuries have been reported to the FDA related to the machines.

“When you’re going through the pain, it’s just another thing, the breathing problems and stuff, that you have to fight,” Seal said.

KGUN 9 contacted Philips about the situation and we were told they regret the impact this has on patients. The company also sends out 55,000 repair kits per week. The company statement read in part:

“Given the number of devices currently in use (estimated at 3 to 4 million units worldwide based on manufacturing and shipping data – about half are in the US), we expect repair and replacement programs in each country within approximately 12 months. months after obtaining the relevant regulatory approvals.”

At this time, the FDA has not reported any deaths from the recalls.

In the meantime, Donna will do it one day a day to live a better quality of life with her family while she waits to get the help.

“They need to communicate with me to help me understand when I can receive mine. I know I’m not the only one trying to reach out and get answers,” Seal said.

Click here for a link to the issued Philips recall notification.

Click here for a link to the FDA recall.