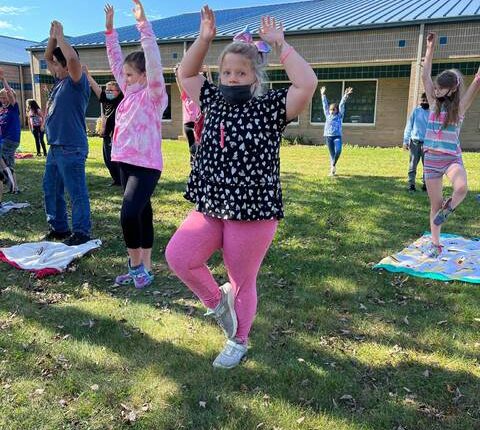 U.S. Attorney General Merrick Garland released a memorandum in early October directing the FBI and U.S. law firms across the country to hold meetings at the local and state levels to “discuss strategies for addressing threats against school administrators, board members, teachers and staff. ”

On Monday evening, Surry County Commissioner Eddie Harris made it clear that he opposes such moves and that federal authorities must steer clear of local school decisions.

He did this by submitting a resolution — unanimously approved by the board of directors — citing the need for parents to openly express their thoughts and concerns to school boards, and called on the county’s three school systems to express their dismay. to the federal government. authorities.

The Garland memo is in response to a letter from the National School Boards Association in September asking for help in abusive language. “We urge the federal government to intervene against individuals or hate groups targeting our schools and educators.”

The national school board group has since tried to soften their language, which some say makes the Garland memo irrelevant. A point of contention is the use of the terms “hate groups” and “domestic terrorism” in the original letter, phrases Garland does not use.

The Garland memo cited “a disturbing spike in harassment, intimidation and threats of violence against … (those) who participate in the vital work of running our country’s public school.” While recognizing that the “lively debate” is protected, the protection of freedom of expression does not allow for threats of violence or attempts at intimidation. AG Garland writes that such threats or intimidation are not only illegal, “they go against our nation’s core values.”

Harris sees it as crossing an area of ​​life that is personal to parents, not to mention a possible violation of the First Amendment. “The right of parents to involve their elective boards in any subject matter is fundamental to a free and open society and to protecting the interests of our nation’s children,” the resolution reads.

Commissioner Harris, and later echoed by Commissioner Van Tucker, spoke of their belief that indoctrination threatens to take place in our schools. Harris writes that Garland wants to use federal law enforcement resources to silence parents who wonder, “The divisive, harmful, immoral and awakened social justice policies of the progressive left.”

“The nation is on fire with these issues that revolve around this. I think everyone knows what they are, and I have no intention of revisiting them here tonight,” Harris offered in his comments. The term critical race theory was cited more than once in the board meeting as an example of the kind of indoctrination schoolchildren can face.

To this end, parents must be able to talk and participate in discussions with their school boards. The resolution states, “Parents, through their elected school board, must have total and complete control over what their children are taught and exposed to.”

The resolution encourages the three local school boards to “take appropriate in-kind measures to express their contempt for this misguided and intolerant policy by the Biden administration that is attacking Surry County’s parents.”

It was at this point that the resolution reached its only point of contention when Chairman Mark Marion asked for a change, which it agreed to, beating “Biden Administration” to be replaced with language that says no administration should infringe. on Surry County Parents’ Rights.

Commissioner Bill Goins concluded: “One of the things that is sorely needed in our society is politeness, being able to stand in front of a group of people and do it in a polite way. We can have a civilized conversation and not be ugly to each other.”

In comments made before the resolution’s adoption, the board agreed that local law enforcement officers were more than capable of dealing with potential threats to school board meetings. The Harris resolution was passed unanimously by the council.

In other news from the Supervisory Board:

– The board received their COVID-19 booster shots at the encouragement of County Health Director Samantha Ange.

– The board offered the city of Dobson congratulations and praise for a successful Halloween party. Chairman Marion noted that parking was difficult because so many people had turned up for the event, meaning it must have been a hit.

– The board approved the purchase of a storage building for the Surry County Health and Nutrition Center.

– An additional $300,000 will be contributed by the county to be allocated to the Camp Creek stream restoration and dam repair project currently underway. With this addition, the projected total for the entire program for Big Elkin Creek, Camp Creek and Mitchell River will be $3,300,000.

– An agreement has been reached between the county and the State Employee’s Credit Union to extend the lease for the ATM at the Surry County Service Center/Farmer’s Market in Dobson. The new lease is for a period of five years.

– And finally, as a treat for the Board of Directors, five recent Eagle Scouts from the Boy Scouts of America were honored by the Board for their achievements. A Scout’s promotion to the rank of Eagle is the highest honor a Scout can receive.

“The Eagle Scout award is a big deal for these young men, it opens doors. People look at it when you put it on your resume, people look at it and it’s something that’s still valued in this country,” said Commissioner and Eagle Scout Bill Goins in praise of the new Eagles. He went on to confirm that when the uniform is hung, “the bands of scouting last forever.”

Jacob Tillman, Troop 561: Tillman cleaned up the eco-walking trail at Meadowview Middle for his project.

Brandon Isaacs, Troop 529: Isaacs was working on a six-foot climbing wall in Surry Central for his Eagle service project.

Thomas Lawson, Troop 561: Lawson served his community by performing welding repairs on a damaged gate at the Shoals Recreation Center.

Noah Khuri, Troop 505: Khuri built a collapsible and movable stage for use by the Autism Society of North Carolina.