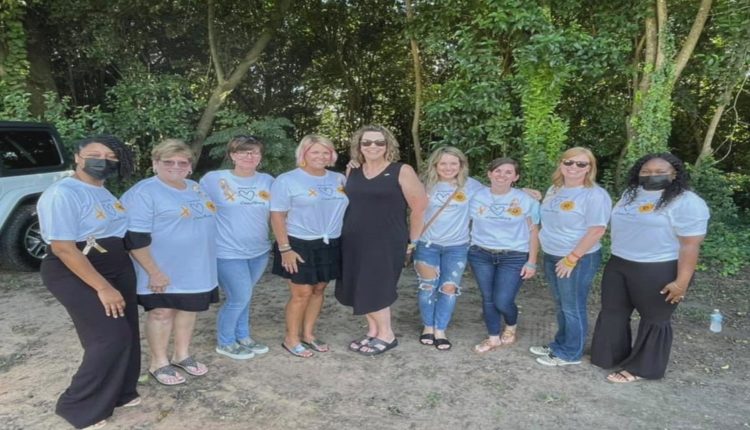 From contacts and resources to phone calls and even fundraising, these moms go out of their way to help each other.

MACON, Go. After each of their children was diagnosed with cancer, a group of mothers quickly learned that there is power in numbers.

“What we found in each other is just, there is no amount of money, priceless,” says Hailey Allen. Her daughter Hailey Holder Allen has been battling a rare cancer since she was a year old.

RELATED: ‘We Can’t Fight in This World Alone’: The Fight Against Cancer Brings Warner Robins Kids Together

“We laugh, we cry, we scream,” says Tiffany Milton.

Shortly after her son Keason was diagnosed with the same rare cancer as Hailey, the two mothers bonded immediately.

“When I started, I had Ashley, Kyler’s mom. She reached out to me and she started all this because she showed me what I wanted to be for someone else,” Allen says.

Over time, their group expanded to about a dozen now. They lean on each other through the questions, struggles and fears as they watch their children battle cancer.

While each of their children’s cancers and treatments may be different, these mothers go through challenges and emotions that only they can share.

“As a mom, you just notice it,” Allen says. “There’s just a look that says your whole world is collapsing.”

When one mother crumbles, the others are there to pick her up again.

“If one mom is emotionally unavailable, another mom steps in,” Allen says.

“We all have different resources to share,” says Jamie Hibbitts.

Her son Trevor was diagnosed with leukemia in high school. Later, when he ended up in the ICU due to an infection, Hibbitts said the support was unparalleled.

“I got calls and texts every day,” she says.

From contacts and research to phone calls and even fundraising, they do everything they can to help each other.

“It’s really easy to be selfish because you’re fighting for your kid, but I think that’s what’s great about us,” Allen says.

Even in some of the most difficult moments, such as the loss of 16-year-old Emma Mosely, the group finds strength in each other. Many of them even wore matching shirts to Emma’s funeral to show her family their support.

RELATED: ‘Light up a room’: Jones County family mourns after daughter dies after years of battle with cancer

From late-night hospital calls to girls’ nights out, these moms find ways to lean on each other.

“We find laughter in the sadness at some points and that helps,” Hibbits says.

It’s not a group they ever wanted to belong to, but now it’s one that they could never imagine their life in.

“There’s just a love that can never be replicated between all of us,” Allen says.