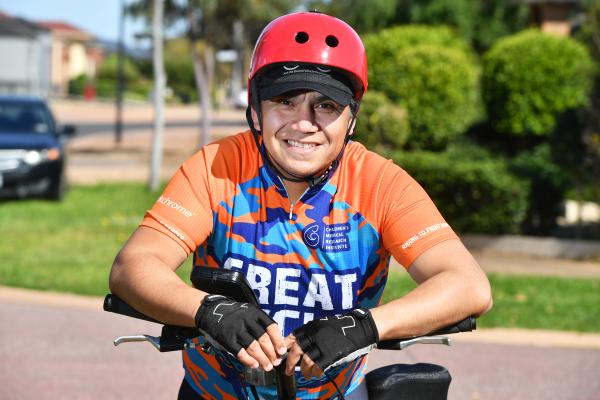 Jimmy Venegas, father of three from Point Cook, wants to cycle more than 1,141 kilometers this month to raise money for children battling cancer.

Mr. Venegas said he chose this distance because he wanted to ride further than last October, which was his first time competing in the Great Cycle Challenge (GCC).

The annual event asks participants to raise money for the Children’s Medical Research Institute, which is working to find a cure for childhood cancer.

Mr. Venegas said several of his friends and family have had cancer, including his father-in-law and father, who passed away about four years ago.

“I know a few people who have dealt with it, so if I can do something for kids — I thought it must be really hard for kids with cancer — that would be great,” he said.

Mr. Venegas said he would encourage other Wyndham residents to participate in the Great Cycle Challenge.

“Hopefully more people get involved and try to help these kids,” he said.

Mr. Venegas said a Facebook group called GCC Friends OZ provided a lot of support and tips for participants in the challenge.

In addition to helping a good cause and improving his fitness, Mr. Venegas said he enjoyed seeing other cyclists and pedestrians in parks and beaches as he cycled.