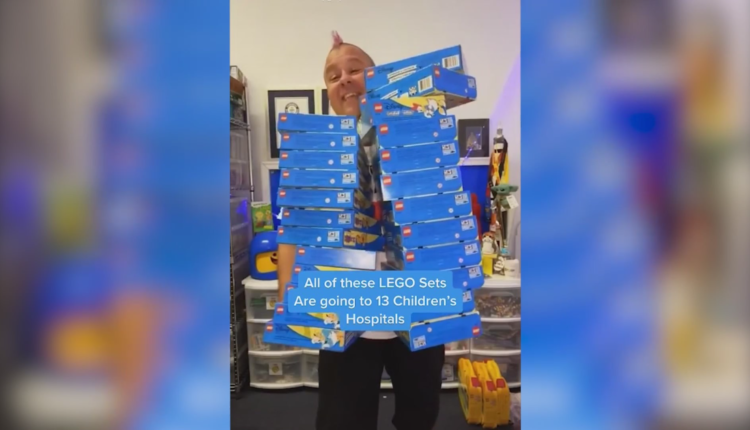 Russell Cassvah is full of life and passion to ensure that children and their families can build better days.

You read that right. The second time he won the Guinness World Record, he said he discovered his purpose in life.

“I started Little Bricks charity,” he said. “We’re bringing big smiles to hospitalized kids by putting Legos in the hands of kids who really deserve to smile.”

His efforts started locally and now his mission is across the country.

“In October, I’ll be traveling across the country to deliver thousands of Lego sets to 13 children’s hospitals in the US, featuring 13 great TikTok creators. It’s going to be epic.”

Cassvah is quite a TikToker himself. He has approximately 185,000 followers and uses the platform daily to raise awareness among children battling cancer and other diseases.

“In August alone, we raised nearly $27,000 from individual donors through TikTok.”

That’s what Cassvah is all about.

“It… It was really what I was put on this earth for,” he said. “The effect of giving support to a child who really needs it and to a mother and father who fight tirelessly with their child. That literally gives me goosebumps and fills me with pride.”

Cassvah said he and his team will be supplying more than 2,700 Lego sets nationwide for a total of about $41,000 worth of Lego. He adds that the sets they collect along the way don’t count.

His journey begins Friday at the Children’s Hospital of the King’s Daughters. You can follow him on TikTok for updates on the trip.