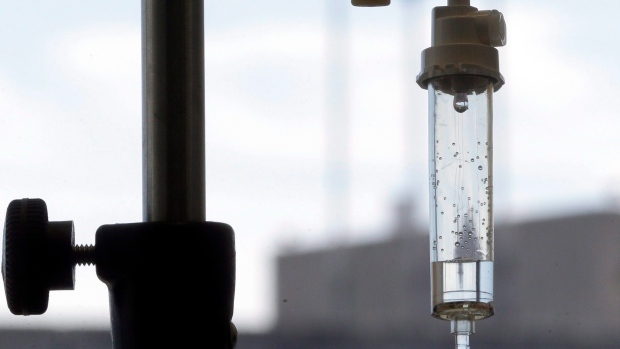 BURLINGTON, ONT. — A new study has found no significant change in the rate of new cancer diagnoses among Canadian children during the first nine months of the COVID-19 pandemic, indicating that the health restrictions imposed at the time did not lead to delayed diagnoses.

The study, published Monday in the Canadian Medical Association Journal, compared detection rates before and during the early phase of the pandemic, or between March 2016 and November 2020.

It included all patients enrolled in the Young People Cancer Registry in Canada who were under 15 years of age at the time of their cancer diagnosis, who were diagnosed with a neoplasm – or an abnormal mass of tissue – according to the International Classification of cancer in children. , and was diagnosed and treated at one of 17 pediatric hematology-oncology centers in Canada.

“Our findings suggest that childhood cancer diagnosis in Canada was not delayed during the pandemic, unlike findings described in previous reports,” Dr. Marie-Claude Pelland-Marcotte, an oncologist at CHU de Québec-Université Laval, and her co-authors wrote in their study.

“While access to emergency rooms has declined significantly during the pandemic, there may have been less reluctance among families and health care professionals to access health care for severe symptomatology.”

The authors also found “no significant differences in the number of patients enrolled in a clinical trial, who presented with metastatic disease, or who died within 30 days of presentation.”

The study comes amid reports of much of the pandemic from delayed procedures and screenings due to pandemic-related lockdowns and restrictions – and concerns about the onset of more advanced stages of the disease as a result.

The researchers cite evidence from other countries, namely the Netherlands and the United Kingdom, that showed a reduction of as much as 50 percent in adult cancer incidence after March 2020.

The Canadian study warned that there could be further long-term changes in cancer detection and outcomes, as the study only looked at the first nine months of the COVID-19 pandemic.

“While these results are reassuring, continued monitoring is necessary to identify possible long-term negative effects of the COVID-19 pandemic in children with cancer,” the researchers say.

Other studies in adults also found a decrease in new cancer diagnoses, visits, therapies and surgeries, the researchers note, “raising concerns about possible excess cancer deaths in the coming years.”

They say this could be partly explained by the suspension or reduction of cancer screening, such as mammography, colonoscopy, and cervical cytology by up to 90 percent.

A study in Japan of 123 colorectal cancer patients also reported significantly more cases of complete bowel obstruction, suggesting that delays in detection may have contributed to diagnoses in later stages of the disease.

“It is unclear whether these findings apply to childhood cancer, as cancer screening is not part of routine pediatric care and early detection may not be as important in childhood cancer as it is in its adult counterpart,” the authors write.