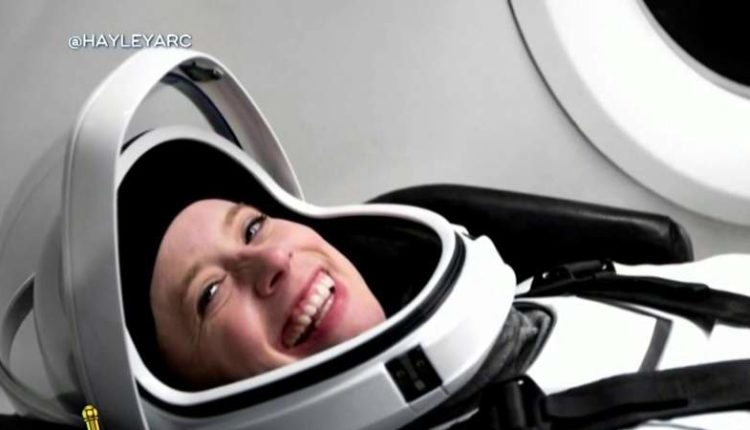 “Who doesn’t want to be an astronaut when they grow up?” said Jay Brock, the patient events coordinator at Orlando Health Arnold Palmer Hospital for Children in Orlando.

Arceneaux made history in September as one of four civilians aboard SpaceX’s Inspiration4 mission. The mission ushered in a new era of manned spaceflight and changed the horizons for children battling cancer.

“There are definitely role models, and this is a first. This is the first time, you know, a kid fighting cancer right now can literally look up to the sky and say, ‘I can achieve that. I can make that my dream. I can go out and get it,” Brock said.

Brock says that during Childhood Cancer Awareness Month, they used the hospital’s internal broadcast to talk to their patients about Arceneaux and gauge the children’s interest in learning more about her. He said many patients would benefit from hearing more from Arceneaux.

“We would certainly like that. We actually have the perfect patient for it. She is excited and would like to talk to Hayley because she also wants to go to space. She knows all about space, so we even have one of our patients who has already agreed to interview her if we can get her through Zoom or in the studio,” Brock said.

Arceneaux, a physician at St. Jude Children’s Research Hospital, was chosen as a member of the Inspiration4 crew to represent hope. She was diagnosed with bone cancer at age 10, becoming the youngest person to fly to orbital space and the first to orbit Earth with a prosthesis.

For many young patients, Brock said that following Arceneaux’s journey is like watching a story unfold.

“I think there’s so much parallel between Hayley’s actual journey into space and her battle with cancer and a lot of the treatments and struggles our kids face every day as they go through cancer,” Brock said.

Brock hopes that patients in Orlando will have the opportunity to interview Arceneaux and learn from her time in her battle with cancer and flying in space.

“These kids, including Hayley, have to have a lot of courage and they have to be brave and willing to adapt to the unknown that is going to happen on their journey,” Brock said.