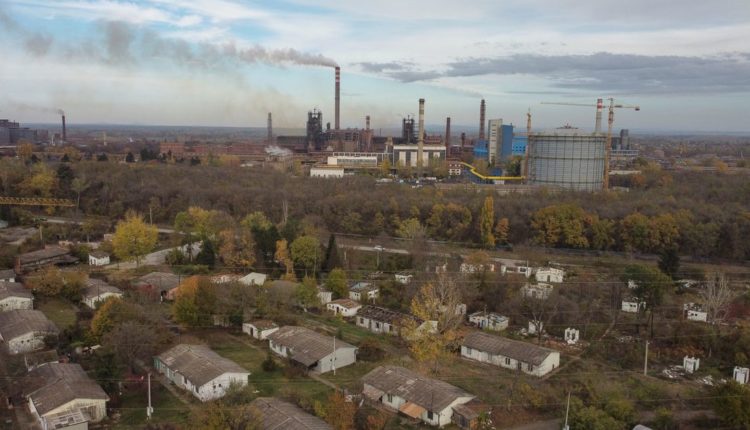 BELGRADE, Nov 9 (Reuters) – A few hundred meters from the huge furnaces of the Chinese-owned Smedrevo steel factory in central Serbia, the village of Radinac is covered in thick red dust. The cancer rate has quadrupled in less than a decade and residents want the factory to be cleaned up or closed.

Zoran, 70, a throat cancer patient who speaks with a voice prosthesis after having his larynx removed, said residents should dry their laundry indoors and use vinegar to clear the dust from their cars.

According to data from the Smederevo public health agency, which a watchdog named Tvrdjava obtained through a freedom of information request and shared with Reuters, the municipality of about 100,000 people reported 6,866 cases of cancer in 2019, up from 1,738 in 2011.

The plant says it has invested €300 million in technology and pollution reduction since China’s largest steelmaker, Hesteel (000709.SZ), bought it from the Serbian state five years ago for €46 million ($53 million).

“We are all citizens of Smederevo… Would we work against ourselves and our children despite the pollution?” The plant’s environmental protection manager, Ljubica Drake, said in a statement to Reuters.

Three new production facilities will significantly reduce pollution after they are completed in 2022, she said. It was “incorrect” to conclude that higher cancer rates were caused by the plant’s operations, she said, adding that the disease could have resulted from NATO’s bombing of Serbia in 1999 during a war in Kosovo.

A general view of the Chinese steel plant HBIS Serbia in the village of Radinac, where cancer cases have quadrupled in less than a decade, near the town of Smederevo, Serbia, Nov. 3, 2021. Photo taken Nov. 3, 2021. REUTERS/Marko Djurica

But activists say the factory is an example of Chinese-owned industrial companies ignoring pollution standards.

Nikola Krstic, the head of Tvrdjava, an environmental group whose name means The Fortress, said an analysis of the red dust in September showed high concentrations of heavy metals.

“The air in the city is far below European standards for 120 days a year,” he told Reuters. “Red dust is greasy. It sticks to the lungs and makes breathing difficult.”

China has invested billions of euros in Serbia, which is a candidate to join the EU but has an uneasy relationship with the West more than two decades after the wars that followed the breakup of Yugoslavia, and has maintained close ties to Beijing.

Belgrade authorities say they are ready to challenge Chinese companies over pollution.

In April, Serbian authorities ordered China’s Zijin Mining Group (601899.SS) to temporarily suspend some operations at the country’s only copper mine over non-compliance with environmental standards. The mine said she would fix all issues quickly and allowed her to reopen.

“Not only should polluters be fined, … if they can’t reduce pollution … they have to stop their activities,” Zorana Mihajlovic, Serbia’s Minister of Mines and Energy, told Reuters last week.

ADHD in the Pediatric Population