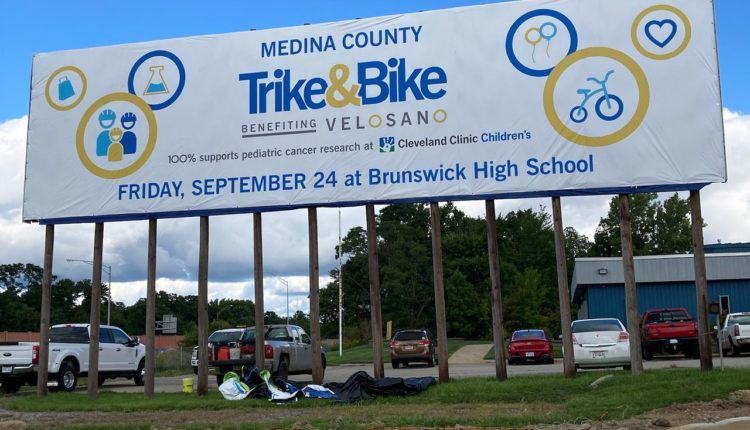 BRUNSWICK, Ohio — For its second year, the Cleveland Clinic’s Trike & Bike event is coming to Brunswick.

The event is a fundraiser for children’s cancer research for riders aged 3-12 and is intended as a fun introduction to the world of fundraising, fitness and philanthropy. The Brunswick Trike & Bike will be held on September 24 at 6pm at Brunswick High School, 3581 Center Road.

Kim Nemet, whose 11-year-old son Collin died of brain cancer in April after a valiant 2-year battle, spoke at a meeting of the Rotary Club of Brunswick on Sept. 16 about the value of events such as Trike & Bike.

“It really means a lot to parents like us,” Nemet said. “You just want more time, and that’s what this study does.”

As she spoke of Collins’ frustrating and inspiring journey of faith as his tumors declined and returned several times after initial diagnosis, Nemet put her family’s personal experience into the larger context. She noted that he is “still here” because his brain has been donated and live cancer cells harvested from it, which will be used for essential childhood cancer research.

Yet only 4 percent of all cancer research is devoted to pediatric patients.

“The doctors are doing their best, but children are not miniature adults; their bodies react differently,” Nemet said.

Collin’s grandmother, Patricia Kaszar, added that events like Trike & Bike can also have an additional effect on everyone involved.

“Just to get kids to participate as a group and help kids understand the impact they can have,” Kazar said. “And hopefully they will carry that with them for the rest of their lives.”