Community rallies together after charity Halloween decorations stolen in Woodbury 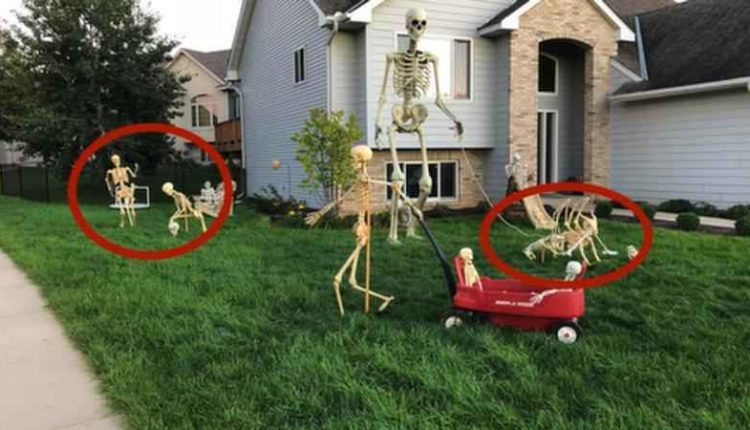 This year they decided to participate in a new nationwide fundraiser called Skeletons for St. Jude, which supports children and families affected by childhood cancer. According to the group’s Facebook page, 130 Halloween homes across the country are currently participating in this effort.

The Roses decided to join the cause after witnessing the impact of childhood cancer on the families of friends.

“Unfortunately, a family friend had a son who died of brain cancer at age 13,” Rose said. “Another friend’s daughter had cancer twice as a very young child. And my best friend growing up had brain cancer.”

The couple were shocked to find $300 worth of Halloween decorations in support of the fundraiser on Wednesday morning.

“I looked out the front window and quite a few of our pieces were picked up in the middle of the night and left,” Rose said.

Keith Rose said the items were securely fastened to the ground with sticks and zip ties, so the thieves must have gone to great lengths to steal them. He noted that the now-missing decorations were right behind the fundraising sign for St. Jude.

“Knowing that they had to walk right past that board to get those pieces was really aggravating for me,” Rose said.

Woodbury Police have confirmed that a police report has been filed in the case, but authorities have not identified any suspects, witnesses or evidence related to the theft.

The Rose family is involved in an international Halloween decorations and props group and said they have heard similar thefts across the country.

“There’s a shortage of decor, like for holidays, so they make a lot of money on eBay selling things,” said Jodi Rose.

Despite their initial disappointment at the incident, the couple said they were encouraged by the outpouring of community support.

“Minnesota is one of the most giving places I’ve ever lived,” said Jodi Rose. “We’ve seen a huge increase in people saying they’re donating to St. Jude now, so at least something good is coming out. There’s a silver lining.”

“We’ve been able to take a sad situation, against a long tradition for our family, and turn it into something positive for an entire community,” added Keith Rose.

Click here to donate to the Skeletons for the St. Jude fundraiser.