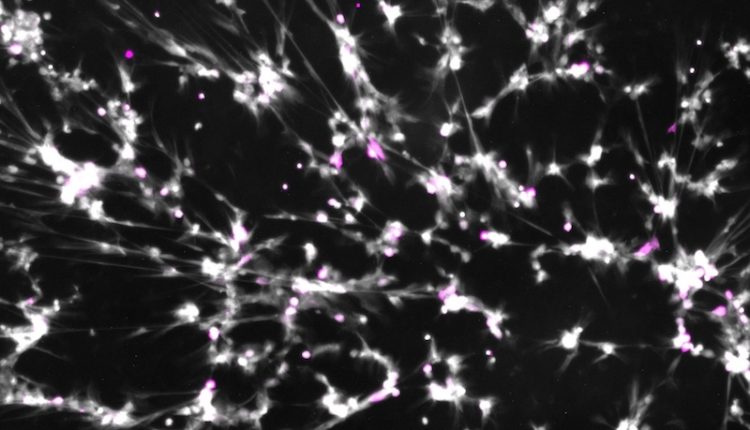 The findings could potentially lead to a new treatment not only for COVID-19, but also for other life-threatening inflammatory conditions such as sepsis and acute respiratory distress syndrome (ARDS) for which there is currently no specific treatment.

COVID-19, sepsis, and ARDS have something in common: they all involve extracellular neutrophil traps, or NETs.

So what are NETs? They are webs of DNA and toxic proteins that spew out neutrophils, first-responder cells in the immune system, to trap bacteria or viruses in a last-ditch effort to contain the infection. (The neutrophils themselves, having lost their DNA, die in the process.)

“NETs are the final step,” said Ivan Zanoni, PhD, an immunology researcher at Boston Children’s and co-senior investigator of the study with Jeffrey Karp, PhD, of Brigham and Women’s. “If NETs appear, it suggests that other means of fighting the infection have failed. Neutrophils get the signal, ‘Give it all you’ve got.’”

But there are costs associated with creating NETs. A growing body of research shows that the formation of too many NETs can lead to dangerous levels of inflammation, blood clots like those found in sepsis and severe COVID-19, and direct tissue damage like those seen in severe lung infections and ARDS.

The new study, led by Zanoni, Karp, and first author Valentina Poli, PhD, of Boston Children’s, suggests a way to curb NETs and block potentially fatal inflammatory responses. In the journal iScience, the researchers show that a drug called ricolinostat interferes with an early step involved in NET formation in neutrophils from both mice and humans and in three mouse models.

To form NETs, ​​neutrophils must first release their own DNA. This requires a specific group of enzymes called histone deacetylases (HDACs). These help open the packaging around the DNA, known as chromatin. Ricolinostat, an HDAC inhibitor, blocks two classes of HDACs, class I and IIb.

“If you inhibit HDACs, you can’t open chromatin,” Zanoni says.

And if chromatin can’t open, the neutrophil can’t release its DNA and NETs can’t form. In the three mouse models — viral pneumonia, bacterial pneumonia and a model of septic shock — the drug reduced NET formation and dampened inflammation. It protected lung function in the pneumonia models and reduced damage caused by septic shock, which appeared to reduce blood clot formation.

Working on a clinical trial

Ricolinostat is currently in clinical trials for several cancers and for peripheral neuropathy in diabetes. Since it has already gone through preclinical testing, Zanoni and Karp are trying to get it into clinical trials for serious inflammatory conditions. Zanoni’s lab has a modified version of ricolinostat that also looks promising for blocking NET formation.

“Our work has the potential to immediately help with COVID-19 dampen the inflammatory response and turn it into something relatively harmless like a mild cold,” Karp says. “Inhibiting NETs represents a novel therapeutic strategy for lung diseases, autoimmune diseases such as rheumatoid arthritis and systemic lupus erythematosus, diabetes and cancer.”

That said, Zanoni adds a caveat. “NETs exist because they are protective,” he says. “We need to be careful about blocking biology that is protective, and avoid over-suppressing the immune system.”

The study was supported by the National Institutes of Health, the Lloyd J. Old STAR Program, the Burroughs Wellcome Fund and the National Cancer Institute. Poli, Karp, Zanoni and several co-authors have filed a patent regarding the findings of this work.

When early thelarche should raise concerns