Cycle Out to raise money for renovations 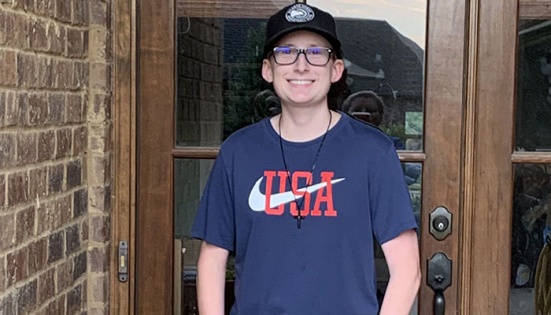 Ridgeland Recreation and Parks is hosting a fall bike ride on October 9 this year with the goal of raising money for the Children’s Mississippi Center for Cancer and Blood Disorders.

Rachel Collier, Ridgeland’s Sponsorships and Marketing Coordinator, said the city has never taken a bike ride to raise money, but they knew they wanted their donation to be focused on one goal. They chose the Center for Cancer and Blood Diseases as a beneficiary of Cycle Out Kids Cancer because of the renovation project the hospital is in the process of developing. The hospital renovation includes additional examination rooms, a larger transfusion room and the modernization of the center’s pharmacy.

“We wanted to do one project that we thought we could make a difference,” Collier said.

Peggy McIntosh was once a parent who spent endless hours within the walls of the hospital while her son, Josh, at age 13, was treated for a brain tumor for nearly a year. Josh has been in remission for three and a half years, but for McIntosh, the impact the hospital has had on her family is still fresh in her mind.

“Life ended as we knew it,” McIntosh said. “His doctor said he was the sickest child she’d ever cared for. It was very hard because he was so sick.”

Despite her son’s cancer and the trials and tribulations that come with illness, McIntosh still said the experience was a blessing because of the hospital and the people in it. She said Children’s of Mississippi made all the difference because while St. Jude is a beautiful hospital, if she moved her son to that hospital, it would have made her lose her home, job and community. Being able to stay at her home in Madison allowed Josh to maintain his friends, school, and support as he went through treatment.

“We should have moved to Tennessee and started over like a sick kid without knowing anyone,” McIntosh said. “[Children’s of Mississippi] is here and the only place we have in Mississippi for sick kids, and it’s a great place.”

She said that even though Josh has been in remission for several years now, everyone in the hospital still knows and loves him. They keep up with the nurses who looked after him, and even attended weddings and baby showers for those nurses. McIntosh said it’s like she has eight daughters now.

“It’s like this is our great big extended family,” McIntosh said. “They are just part of our lives. It’s a great group of nurses.”

She pointed out that the nurses and staff care not only for Josh, but for every child they have treated. She said there is so much love in the hospital and that everyone is special and important to them.

“They’ve had a million children as patients and they still remember my son,” McIntosh said. “He is also their child, because they have put so much of their time, their lives and their love into him. They have worked so hard to make it better from such a tragic diagnosis. Anything that helps them do that job better and get better facilities is important.”

McIntosh said this Cycle Out Kids Cancer bike ride is one of those things that will make a difference to the hospital, staff and patients.

“By participating, you can make a huge difference to a child who may have nothing else left,” McIntosh said.

Ryan Mains, Mississippi’s Development Liaison for Children’s, said the renovation will provide a more comfortable space for patients and their families. The pharmacy upgrades will create space for an on-site pharmacist and allow for more clinical trials.

“During the renovation planning process, improving the patient and family experience was a primary goal,” Mains said.

The entire project is estimated to cost $2.5 million. Collier said the goal is to have 100 participants and raise $5,000 to help with the cost of the renovations. She said she would encourage people to participate because it’s for a good cause and for avid cyclists it’s one of the last rides of the season. While the spring ride takes place along the reservoir, this ride takes place in the Renaissance at Colony Park and explores the west side of Ridgeland.

“It gives the community another chance to enjoy a long, beautiful ride, but the main reason for taking the ride is to support this one specific fundraising opportunity,” Collier said.

The Children’s of Mississippi Center for Cancer and Blood Disorders is the only pediatric care center in Mississippi and is one of the nation’s largest clinics for children with sickle cell disease.

“Raising funds to improve the center will help thousands of children from across the state who come to Children’s of Mississippi for treatment,” Mains said. “Participating in the inaugural Cycle Out Kids Cancer is a fun and family-friendly way to support this renovation.”