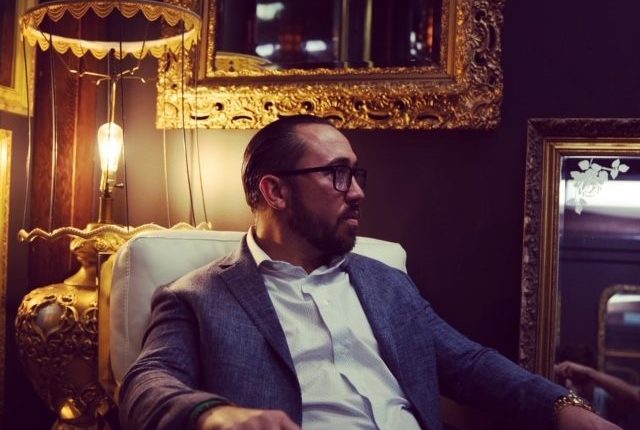 Stan Liberatore, president of Disrupt the Bay, came up with the idea for the unique conference about four years ago after some of his closest friends tragically lost their children to cancer, most notably to atypical teratoid rhabdoid tumor (ATRT) and neuroblastoma. Liberatore’s business partner, Mike DeLucia, also lost his little brother to ATRT, a rare and rapidly growing cancer.

“It was very clear that there was a sign for me,” Liberatore said. “I didn’t really know what it was, but I did have a platform for a tech conference.”

Liberatore hosted a Security Summit about four years ago and worked closely with hospitals and others in the healthcare industry. He also began to realize how important it is for entrepreneurs to be good stewards in the community, rather than just focusing on maximizing profits.

“That was kind of like when I said, ‘Hey, let’s have a tech conference and this niche in healthcare, and also just give away all the money,'” Liberatore said.

Putting the money to much-needed funding and research into childhood cancer—specifically ATRT and neuroblastoma—was an easy decision for Liberatore and DeLucia.

Liberatore met DeLucia at the first Security Summit, which focused on cybersecurity, infrastructure and engineering. The two “clicked right away” and quickly became friends and business partners. The pair began to learn more about each other’s backgrounds and the following year, DeLucia told Liberatore about the loss of his little brother to cancer.

“That’s when he and I started conjuring up this idea about Disrupt the Bay,” Liberatore said. “We are going to disrupt health care while disrupting the status quo for childhood cancer treatment.”

Liberatore said the conference has been transformed from strictly health technology to biotechnology. The goal is to accelerate new research and fund the development of new childhood cancer treatments that are less harmful to children.

“Over the years, they’ve always tried to treat them like adults, and it never really worked out,” Liberatore says.

Liberatore added that many children die from organ failure or blood poisoning from cancer treatments rather than from cancer itself. He talked about how difficult it is to get new drugs or treatments on the market, “especially when you’re dealing with big drug companies and the FDA.”

“It takes private money and organizations like ours to move that needle,” he said.

Liberatore said his goal for this year’s DTB is to raise $100,000 for childhood cancer research. Calling the amount conservative and realistic, he noted how the Human Society’s Tuxes and Tails fundraiser recently raised $777,000.

Disrupt the Bay will be presented virtually from 10 a.m. to 5 p.m. on the Vsummits platform. The event will feature speakers from some of the top healthcare systems in the country, along with local chief executives and several healthcare technology startups from across the United States. Unlike a typical webcast, Vsummits created an augmented reality expo hall in a virtual building to allow people to network as they would in a personal conference.

Participants can create their own avatar and move freely from table to table and from sponsor booth to sponsor booth. People can then have intimate conversations about products and services that would otherwise not be possible on another platform.

The conference will also include a startup competition between 10 emerging companies in the healthcare technology industry. Liberatore recruits venture capitalists from across the country to vote on the contest, and in addition to the fame, the winner will receive a $10,000 innovation award.

After the virtual conference, Fintech entrepreneur Gary Cardone will throw a VIP party at his estate in Tierra Verde. Liberatore said he sees the party as a modern Gatsby event, where elected officials, executives and entrepreneurs come together to have a good time for a good cause.

“We really want to create synergy in healthcare to make it better,” Liberatore says. “We’re also trying to help the next child who may be suffering and may not have a solution — and their family.”

Visit the website here for more information on Disrupt the Bay.

For more information about the Save the Kids Foundation, visit its website here.