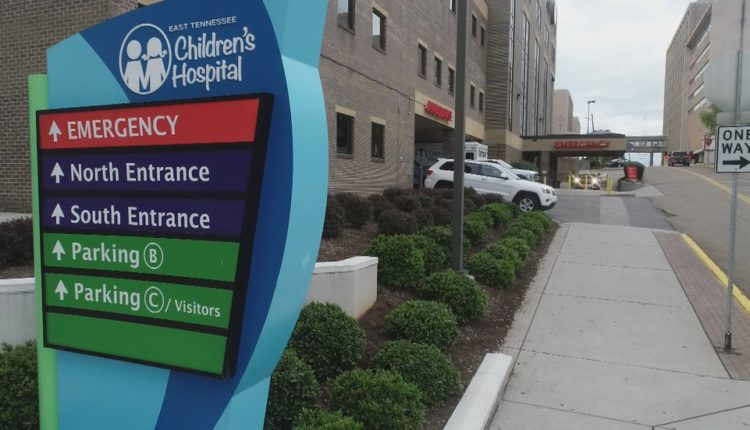 KNOXVILLE, Tennessee (WVLT) – 16,000 children a year will be diagnosed with cancer, and about 4 percent of all federal funding for cancer research goes to childhood cancer.

East Tennessee Children’s Hospital is not a research hospital, but is part of a network of physicians called the Children’s Oncology Group.

Doug Hawkins, COG group chair and professor of pediatrics at the University of Washington School of Medicine and Seattle Children’s Hospital, said they’ve come a long way with survival rates, but there’s still a long way to go.

“A child diagnosed at birth had a very minimal chance of survival,” Hawkins said. “Now we expect that more than 80% of the children diagnosed today will survive for at least five years, and most of those children will be cured.

Pediatric cancer is treated in the same way as adult cases, but the difference is… the treatment affects children more because their bodies are still developing and the treatment can even cause a second cancer after they beat the first.

“We still have unfinished business, we don’t heal every child,” he said. “Not every child who survives five years will survive in the long run. Even the children who are cured, many of them will experience long-term side effects from the treatment.”

According to the National Pediatric Cancer Foundation, more than 95 percent of childhood cancer survivors have significant health problems due to current treatment options.

For Hawkins, the future of childhood cancer research lies away from chemotherapy, which could increase cure rates and reduce long-term effects by using immunotherapy instead.

“Children’s cancer is rare compared to adults, but I think the return on investment for a successfully treated child is very high and that’s why it’s important that we invest the right amount of resources.”

The right amount of resources. According to the National Pediatric Cancer Foundation, only 4 percent of the federal government’s annual cancer funding is directed toward childhood cancer treatment.

‘Well, is that enough,’ said Hawkins. “That percentage is probably not nearly as important as having the resources to do high impact, practice-changing studies that will lead to an improvement in outcome for children with cancer.”

Children’s Oncology Group is trying to harness the power of more minds to find a better, less toxic way to treat childhood cancer that doesn’t have the lasting effect that chemotherapy has.

“We want these innovations to be available to all children with cancer, not just those who receive treatment in big cities or large centers,” he said.

With more than 200 participating locations in the US alone ready to collaborate, there is hope that progress will be made faster than before.

“There aren’t many areas in society or medicine where people, hundreds of institutions, thousands of doctors, nurses, pharmacists are all working together with a singular goal to improve the outcome for children with cancer, are willing to collaborate and make it happen.” in a selfless way,” Hawkins said. “That’s the secret sauce of the Pediatric Oncology Group. That’s where we’ve made all the progress because we’ve worked together.”

Hawkins said the goal of COG is not just to give a child a few more years, but to make them healthy again and let them live another 50, 60, or even 70 years.

“We all agree, no matter where you are on the political spectrum, children with cancer deserve investment from our society to improve their outcomes.”

Organization working to get Mass. boy with cancer to Disney World