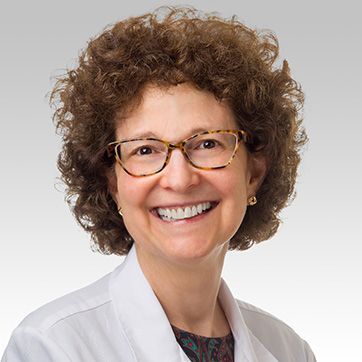 A recent study of psoriasiform lesions that have occurred in some patients during effective treatment with dupilumab for pediatric atopic dermatitis concluded that topical corticosteroids should be considered as a possible treatment of lesions before discontinuing dupilumab in pediatric populations.

The researchers, led by Amy Paller, MD, MSc, Northwestern University Feinberg School of Medicine, Chicago, noted that the development of psoriasiform eruptions and psoriasis after starting dupilumab was first recorded in adult case reports after Food approval. and Drug Administration for that age group.

Other clinical side effects, such as injection site reactions and conjunctivitis, were noted repeatedly in clinical trials.

Biopsies in adult patients showed many features of psoriasis, including parakeratosis, hyperkeratosis, acanthosis with elongated rete ridges, and more.

In the current study, Paller and colleagues presented a series of 7 children, 6 of whom developed psoriasiform eruptions concurrently with the improvement of atopic dermatitis while taking dupilumab. The last child had developed unrecognized psoriasis that came to light when their concomitant severe atopic dermatitis responded to dupilumab.

Paller and colleagues used the medical records of pediatric patients who developed psoriasiform lesions while taking the biologic. All patient data were retrospectively reviewed.

The 6 children with new psoriasiform eruptions ranged from 4 to 18 years old. All children had severe atopic dermatitis at baseline.

The researchers reported that the newly emerging psoriasiform plaques appeared after a median time of 8 months of treatment with dupilumab, generally not at sites of previous dermatitis. They noted that the lesions looked distinctly different from those caused by atopic dermatitis.

In 1 patient (designated patient 1), the psoriasiform lesions appeared only during dupilumab dose escalation to achieve the 1-point reduction of severe to moderate severity. Only after the patient discontinued dupilumab due to insufficient response to atopic dermatitis and received 2 doses of ustekinumab at baseline and 4 weeks in addition to triamcinol ointment, did the psoriasiform lesions resolve within 2 weeks.

In the seventh patient whose psoriasiform lesions were masked by her atopic dermatitis, the lesions persisted.

Paller and colleagues noted that the factors predisposing these patients to psoriasiform lesions remained unclear throughout the study, although dupilumab treatment had been shown to suppress cutaneous expression of the Th17 pathway genes in adults with atopic dermatitis, along with the greater inhibition. of the expression of Th2 pathway genes.

In previous studies, damaged skin from adults with dupilumab-associated psoriasiform lesions was biopsied for mRNA expression studies and showed that expression of IL-23A » IL-17A is increased in 5 affected individuals, as well as IL-17A > IL-12B » IL-23A in 1 patient.

For Paller and fellow researchers, these observations confirmed the psoriasis immunophenotype and may suggest heterogeneity in response, and the data collected in previous studies may help determine the heterogeneity and underlying pathogenesis of dupilumab-induced psoriasiform lesions in children.

Despite these uncertainties, the researchers believed that in many cases of psoriasiform lesion in pediatric patients, it could be treated with standard topical corticosteroids.

“A course of at least 1-2 months of treatment with moderate to potent TCS should be considered before discontinuing dupilumab in affected children and adolescents, given their excellent response in our series,” the team wrote.

The study, “Psoriasiform dermatitis during dupilumab treatment for moderate to severe atopic dermatitis in children,” was published online in Pediatric Dermatology.