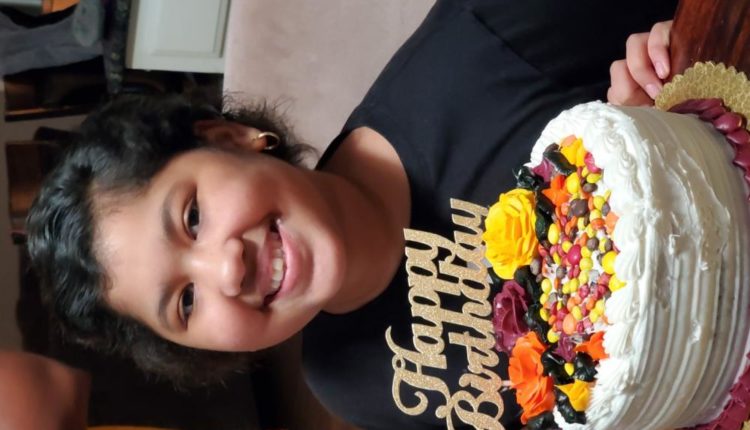 On July 14, 2019, Tech. Sergeant Justin Soileau Gobert’s, 337th Test and Evaluation Squadron aircrew chief, concerned about his daughter’s continued lack of energy and bruising her body raised an alarm that sent his wife, Kaleena, and daughter, Jayda, to the emergency room at Hendrik Medical Center in Abilene sent , Texel. As soon as Kaleena put her daughter in the hands of caring medical professionals, she knew something was seriously wrong. Kaleena could see it in their faces. On examination, Jayda showed all the symptoms of acute lymphoblastic leukemia (ALL), a common but life-threatening form of the disease, if not treated as soon as possible.

By the time Justin arrived at Hendrick Medical Center, his wife had already googled the preliminary diagnosis. The news was devastating. Justin had to comfort his wife and hide her reaction from Jayda. At one point Justin had to go to the bathroom to process his emotions and shed his own tears.

When he returned, he put on a brave face and told his daughter she was going to Cook Children’s Medical Center for further tests.

Jayda, accompanied by her mother, was immediately transported by ambulance to Cook Children’s Medical Center, in Fort Worth, Texas, 160 miles from Dyess Air Force Base. Justin stayed in Abilene with his two other children.

The frightened, panicked SoileauGobert family had no idea what awaited them or their daughter. Jayda underwent a lumbar puncture procedure to verify the diagnosis and received chemotherapy immediately. All of this happened in less than 12 hours from when they first went to the emergency room.

As the day went on Justin and Kaleena had nothing but resilience, what else did they have? It became clear over the next few days that Justin had something else; his wingmen. He was fortunate to have compassionate military leaders and associates gathered around him. He was lucky, because the officers and non-commissioned officers on the rungs of the chain of command took on the challenge of rearranging their team to accommodate Justin’s family care.

Lieutenant Colonel David Grasso, 337th TES Commander and Senior Master Sgt. Clifford Schuelke, 337th TES superintendent, who both visited Jayda in the hospital with gifts, told Justin to take care of his daughter and not worry about his job. Their decision allowed Justin and his wife to alternate weekly with Jayda at the Fort Worth Ronald McDonald home, just two miles from Cook Children’s Medical Center, as his wingmen closed ranks and picked up the rest.

“There were many children in the Ronald McDonald house who had the same treatment as my daughter,” Justin said. “We were all anticipating the white blood cell count results because that was a good measure of progress. Unfortunately, a number of children did not make it. At that point, I doubted myself that I hadn’t brought her in soon enough.”

For approximately a year, Jayda underwent a treatment regimen, including therapy protocols prescribed by St. Jude Children’s Research Hospital, the nation’s leading pediatric hospital for treating the most severe forms of childhood cancer and childhood diseases. Cook and St. Jude’s care were paramount in Jayda’s remission. Justin was, and still is, grateful to the medical professionals at those two facilities.

Jayda’s remission has not only been a prodigious two-year journey shared by Justin, Kaleena, and the men and women assigned to the 337th TES, but Chief Master Sgt. Kaleth Wright, US Air Force Chief Master Sergeant, also contacted Justin.

During an official visit to Dyess AFB, in August 2019, Wright was briefed on the situation of the SoileauGobert family by Justin’s squad commander. At the time, Jayda’s prognosis was uncertain. Wright asked Justin to contact him anytime and gave him his cell phone number. When Justin later texted the 18th Air Force Chief Master Sergeant, he wasn’t sure if the senior Air Force enlisted member would remember him, or even respond. Wright didn’t forget, he replied. Justin and Kaleena added another member to their wingmen.

Throughout her ordeal, Jayda seemed to have a positive attitude, which Justin says was a strong front when she was around people, but when she was at home, she often complained of pain and didn’t want to take her meds. Justin and Kaleena’s strength and encouragement enabled Jayda to persevere.

One of the highlights of Jayda’s trip was the chance to taxi in a B-1B Lancer aircraft in July 2021. Justin, who maintained the B-1 for many years, had the unique experience of showing Kaleena and Jayda the cockpit as the plane taxied past the Dyess AFB ramp.

“Jayda was excited during her incentive cab,” Justin said. ‘She didn’t really say much; her face said it all.”

Everyone responsible for making the 13-year-old’s day, and anyone who supported her family during her treatment, are warriors, yes, but they are also proud members of SoileauGobert’s family of wingmen.

Jayda continues to receive treatment every other week at Hendrick Medical Center in Abilene and once a month at Cook Children’s Medical Center in Fort Worth. While the disease may be stubborn, Jayda is a tenacious warrior, just like her father.