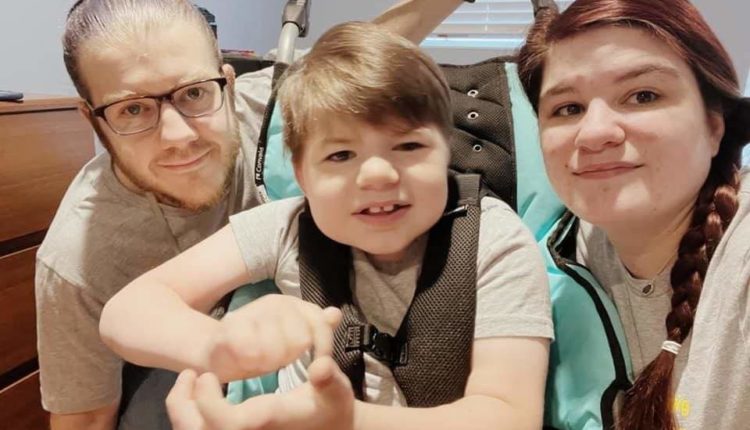 HENDERSON, Texas (KETK) — Hayden Bolling is an 8-year-old boy with a form of brain cancer.

When he was 3 years old, he was diagnosed with medulloblastoma. After rounds of chemotherapy and radiation, Bolling was considered to be in remission.

Four years later, however, Bolling’s cancer came back just a few months after his eighth birthday this March.

“It has been found that less than 5 percent of children diagnosed with medulloblastoma are at risk of developing a secondary type of brain tumor and unfortunately it has fallen into the category,” said Samantha Bolling, Hayden’s mother.

Health officials say there is no real treatment or cure for Hayden’s disease. Meanwhile, his parents work hard to keep him happy and as comfortable as possible.

“We’ll take him to Disney World and if we can after that, we’ll take him to Nickelodeon and other Nick Junior friends he loves too. Just to show him things he recognises, be happy and see that big smile on his face,” said James Bolling, Hayden’s father.

The family was refused by Make-A-Wish because the organization only grants wishes to children who have been vaccinated. Since Hayden is not old enough to get his COVID-19 vaccine, his parents are hoping to raise enough money to take him alone.

“We’re just a bit limited in our time, so we’re trying to make the most of it by just making sure he’s happy and yet doesn’t feel any different or different than usual,” said Samantha.

“It’s really overwhelming, but it’s something we’ll never forget. Especially for him, and we’re just thankful that everyone got together,” Samantha added.

If our community in East Texas is interested in helping the Bolling family achieve this goal, you can donate to their GoFundMe, here.