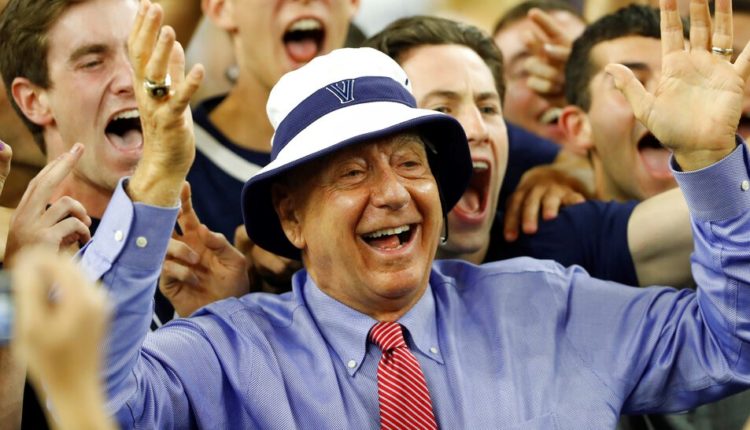 In October, the 82-year-old sports reporter said he received a second cancer diagnosis this year after being diagnosed with lymphoma. Before this diagnosis, Vitale had several surgeries to remove melanoma earlier in August and was declared cancer-free.

Could there finally be a high-speed train between Tampa and Orlando?

Vitale thanked his fans for their support in a video message on Twitter on Tuesday morning.

“The messages you send, the prayers you send to me, they just overwhelm me,” he said. “They bring me to tears.”

Vitale said he will be receiving chemotherapy all day in the hospital. He also spoke highly of the staff in tweets he made from the hospital’s oncology center.

Vitale also said his journey with cancer has given him a better understanding of people’s struggles with cancer, especially children he met through the Dick Vitale Gala – an event designed to raise money for childhood cancer research.

“So contact any family member you have or any friend you have who is battling cancer because it’s not just the chemo and the radiation, it’s all the scans and the blood work and the journey to cure this,” said he.

On the way to my Chemo/Wow let me tell you that over the years I have met so many kids battling cancer at my Gala. I can now understand what they are going through / your messages mean so much . Pls extend a hand to everyone you know who is battling cancer! pic.twitter.com/NQsCrwrPp1

According to the hospital, the new eight-story tower will contain 56 private suites for hospitalized cancer patients, nine state-of-the-art operating rooms and other services unique to patients and their diagnosis.