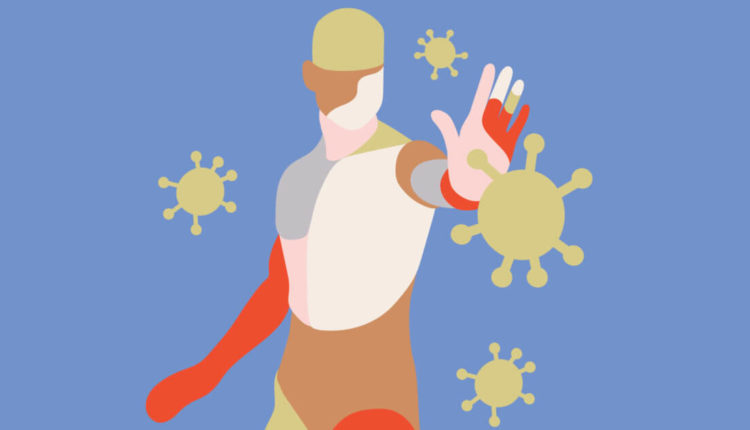 “Grateful” is the word Nick Pannoni uses when talking about his life without cancer, thanks to the immunotherapy drug Keytruda.

Pannoni is a 62-year-old from Massachusetts with a thick Boston accent. He has four children: a daughter and three sons. Pannoni also had kidney cancer; he was part of the successful Keytruda drug trial – KEYNOTE-564 – that led to its approval for the treatment of renal cell carcinoma. The U.S. Food and Drug Administration approved the drug’s newest use last week.

“I will always be grateful to (my doctor) for recommending me (for the study) and Dr. Choueiri (the lead author of the study) for including (for the clinical trial),” Pannoni says of his experience with Dana -Farber Cancer Institute. “Dana Farber is great. I’m just very lucky to be in Massachusetts.”

Keytruda is approved to treat a variety of cancers, from lung and colon cancers to breast, skin and certain blood cancers. However, the drug’s latest approval to treat a certain type of kidney cancer has experts agree that it could become the new standard of care for renal cell carcinoma treatment.

“The goal (of the study) was to see if (the drug) can prevent kidney cancer from coming back,” says Dr. Toni Choueiri, director of the Lank Center for Genitourinary Oncology at Dana-Farber Cancer Institute and lead author of the study. , tells SurvivorNet. (The study itself was supported by pharmaceutical company Merck & Co. and conceived by Dr. Choueiri and several co-authors.)

Nobel laureate: what’s next for using immunotherapy to save lives?

“We launched this study and after two years of average follow-up, which is a very short follow-up by the way, the results were clear – pembrolizumab (Keytruda) reduces the chance of a kidney cancer coming back or killing you by 32 percent.” Dr. Choueiri says, adding that Keytruda has the potential to become the new standard of care for this type of kidney cancer.

Pannoni says he doesn’t talk too much about his cancer, but emphasizes that he is “grateful” that he had the opportunity to participate in this clinical trial. His doctors were able to utter those magic words that every cancer patient dreams of: “No evidence of disease.”

Merck announced last week that the FDA approved its anti-PD-1 therapy drug Keytruda for the adjuvant treatment (additional cancer treatment given after primary treatment) of patients with renal cell carcinoma at intermediate or high risk of recurrence after nephrectomy, or after nephrectomy and resection (removal) of metastatic lesions. (Nephrectomy is the surgical removal of a kidney. The procedure is done to treat kidney cancer, as well as other kidney diseases and injuries, according to the National Kidney Foundation.)

For inclusion in the study, patients were required to have a clear cell component of their tumor, meaning that when seen in the lab, the cells that make up clear-cell RCC appear very pale or clear, according to the American Cancer Society.

Patients were also required to have a medium to high risk of recurrence. But how is a patient’s risk of recurrence determined? dr. Choueiri says a patient’s recurrence risk level was considered intermediate or high risk if their tumor was stage 2 with nuclear grade 4 or sarcomatoid differentiation (cells that resemble a sarcoma cancer); if their tumor was stage 3 or higher; if the patient had regional lymph node metastases; or if the patient was stage M1 (metastases that were surgically removed) with no signs of disease. Pannoni falls into the latter category – with metastases surgically removed with no evidence of disease.

dr. Choueiri says Keytruda has the potential to become the new standard of care when it comes to treating this type of kidney cancer, as the current standard of care is surgery, “and no other adjuvant therapy has been widely used and certainly no adjuvant immunotherapy has been approved.” ” After surgery, nearly half of patients may eventually experience a disease recurrence, adds Dr. Choueiri, stressing the importance of this drug research.

The promise of immunotherapy for cancer treatment

That particular patient population is certain renal cell carcinoma patients who have already had surgery to remove one or both kidneys. There are two types of nephrectomy procedures for a diseased kidney — partial and radical, according to NKF. “Partial nephrectomy removes only the diseased or damaged part of the kidney. Radical nephrectomy involves removing the entire kidney, along with part of the tube leading to the bladder (ureter), the gland that sits on top of the kidney (adrenal ) and the adipose tissue that surrounds the kidney.”

Pannoni had a radical nephrectomy before entering the Keytruda drug trial.

It has been about six years since Pannoni was diagnosed with prostate cancer. Fortunately, the cancer was discovered early and the doctors immediately removed Pannoni’s prostate; he no longer needed treatment. He was ‘cancer free’.

About three years later, however, he was diagnosed with a second cancer: kidney cancer, specifically renal cell carcinoma. Pannoni tells SurvivorNet that his kidney cancer had nothing at all to do with his prostate cancer; this was a “completely new cancer,” he says.

When he heard of his diagnosis, Pannoni says he went with his doctor’s recommendation — surgery. The cancer was in his left kidney, so he had the entire organ removed. “Luckily I didn’t have to go through chemo or anything else,” he says.

Once he recovered from surgery, his doctor – Dr. Steven Chang from Dana-Farber – Pannoni to Dr. Choueiri and participate in the Keytruda clinical trial.

Although Pannoni knows there is no way to tell if he got the drug, he thinks he got Keytruda. “The nice thing about the drug trial, although it was a blind study, I believe I got Keytruda” because many of the symptoms commonly associated with Keytruda are symptoms that Pannoni says he exhibits during the trial. Common side effects of Keytruda when used alone are: tiredness, pain, including pain in muscles, bones or joints, and stomach (abdominal) pain, loss of appetite, itching, diarrhea, nausea, rash, fever, cough, shortness of breath and constipation .

Gilles Koffi was told he had months to live: immunotherapy saved his life

Since the clinical trial and the message that he has “no evidence of illness”, Pannoni has moved on with his life, putting cancer in the rearview mirror. He still goes for scans and blood tests every four months, just to make sure his cancer hasn’t returned.

“To be honest, I don’t really talk about[my cancer]with our kids,” Pannoni says. “They know about it, but they don’t delve into it. I don’t think much about it; I live my life.”

Sydney Schaefer is a writer for SurvivorNet. read more