FRAZIER: When questions arise, talk with your pediatrician – The Vicksburg Post 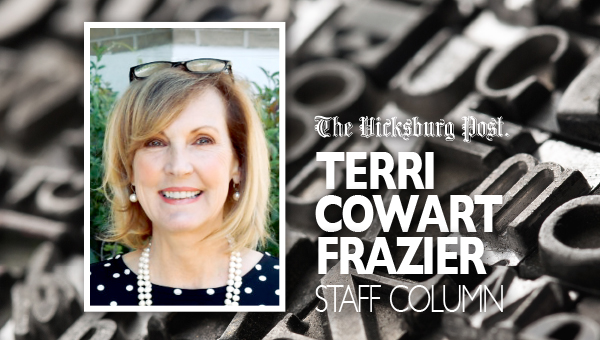 With four kids, I can’t tell you how many trips I’ve made to the doctor’s office, especially with the first.

Every little cold and cough can be scary for new moms. Thank goodness I had a patient pediatrician, one who left no stone unturned when it came to treating her patients.

dr. Debbie Smith, or “Dr. Debbie,” as she’s called by the kids and us parents, used to go into the exam room and ask her young patients, “What’s the matter with you today?”

When the kids were younger, I agreed with the symptoms and when they got older they would describe her “what was going on”.

Most of the time we were there to see her because of a fever or the dreaded ear infections. My poor son had so many that he ended up having to have tubes inserted.

But there were other occasions, of course, such as when my middle daughter was persuaded by the neighborhood kids to jump off a second-floor balcony near our house.

I flew to the doctor’s office and when Dr. Debbie entered the room, she promptly directed us to an x-ray, which confirmed what we all expected: a broken leg.

Then there was the time when my oldest daughter got pneumonia. She spent almost a week in the hospital and Dr. Not only was Debbie there to monitor her condition every day, but she also assured me that everything would be fine. And when my son had pneumonia when he was a baby, she did the same.

I have said to many that I had so much faith in Dr. Debbie to my kids, that if she had told me to jump off the roof of my house to make them better, I would have jumped.

Pediatricians take care of our most precious possessions and when they advise, we listen.

This week, the US Centers for Disease Control approved the use of the Pfizer vaccine for children ages 5 to 11.

Some parents will be hesitant to vaccinate their children.

Before that, I would encourage you to talk to your pediatrician – the doctor you trust to provide treatment and medical advice as appropriate for your children.

I don’t have young children in my house anymore, but if I did, I would be with Dr. Talk to Debbie and take her advice on how best to protect them.

Terri Frazier was born in Cleveland. Soon after, the family moved to Vicksburg. She is a part-time reporter at The Vicksburg Post and is the editor of the top-rated Vicksburg Living Magazine by the Mississippi Press Association. She has also received a First Place award in the editorial division of the MPA’s Better Newspaper Contest for the “Best Feature Story.”

Terri graduated from Warren Central High School and Mississippi State University, where she earned a bachelor’s degree in communications with an emphasis in public relations.

Before joining The Post just over 10 years ago, she worked as a freelancer at the Jackson Free Press. But she enjoyed being a full-time stay at home mom for most of her life.

Terri is a member of the Crawford Street United Methodist Church. She is a lifelong member of the Vicksburg Junior Auxiliary and is a former member of the Sampler Antique Club and Town and Country Garden Club. She is married to Dr. Walter Frazier.

“From keeping abreast of local government issues to hearing people’s stories, a local newspaper is vital to a community. I have felt privileged to be part of a dedicated team at The Post throughout my tenure and I hope that with them and with local support I will be able to continue to grow and hone my skills while helping the share stories in Vicksburg. When asked what I like most about my job, my answer is always ‘the people’.

NOT REAL NEWS: A look at what didn’t happen this week