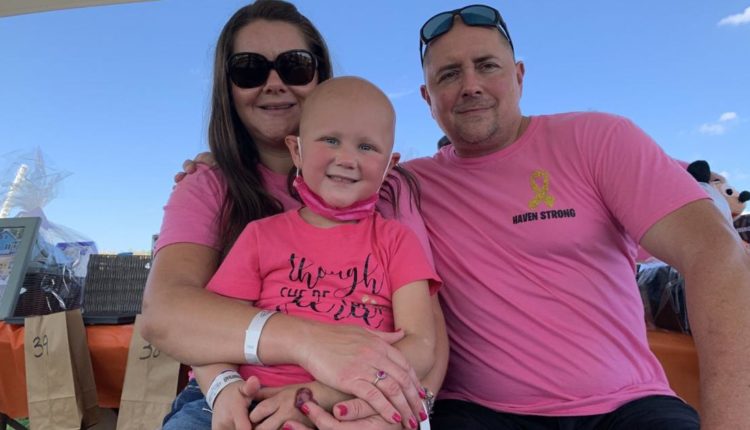 “The doctors there did a great job explaining what she has and how it’s treated,” Tim said. “I didn’t know that every form of cancer can be cured.”

Fortunately, 95% of patients with this cancer survive, although treatment takes a long time. Haven’s expected end of treatment is June 2023.

“Once it’s gone, will it come back?” Tim asked the doctors. “Normally, it’s not the type of cancer that comes back,” he found.

“The drugs she takes are in some cases as old as her grandparents,” Laura said.

Haven had to be transported to Lurie Children’s Hospital in Chicago for additional treatment, but she was not healthy enough to ride in an ambulance. If something went wrong along the way, there wouldn’t be a children’s hospital around to take her. The route was also too far for a helicopter. A medical flight on a small plane was necessary.

After insurance, the James family owes more than $68,000 for that flight.

However, the insurance is less than great.

Tim and Laura are self-employed; they own Pillar to Post Home Inspectors — “We’re the largest inspection company in Northwest Indiana,” said Laura, — and Northwest Indiana Radon and Environmental, a radon control company.

Pediatrician: What I want this Covid vaccine to do for my grandchildren