From soccer and lacrosse at Framingham High, Melanie Baskind now excels in pediatrics 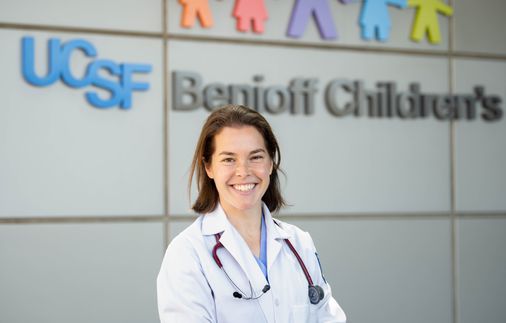 Now, if Dr. Melanie Baskind, the 2018 graduate of Harvard Medical School is now the chief of pediatrics at the University of California at San Francisco.

She teaches and advises medical students and residents and works as a attending physician in hospitals and emergency rooms.

She considers her three years as a resident to be “incredibly challenging between time spent in the hospital and time spent studying.”

Baskind was the 2019 recipient of the residency program’s Pediatric Intern Award for “excellence in providing compassionate, patient-centered care and exemplary professionalism.”

She said that while some cases take an emotional toll, “taking care of children at an important time in their lives makes it all worth it.”

At Framingham High, Baskind was an All-American in both football and lacrosse. She is an inductee of the school’s Athletic Hall of Fame.

“That Hall of Fame honor brought back so many memories,” she said. “I feel so lucky to have been a part of it as an individual and because of the success of the teams I was part of.”

Baskind, who turns 32 on Sept. 27, lives in San Francisco and still plays soccer with the Lady Hibernians of the Golden Gate Women’s Soccer League, which resumed play this month.

“Through the competition, I see a bunch of women I played with at Harvard and others I grew up with playing club football in Massachusetts. It’s a great break from a heavy work schedule,” said Baskind, preparing for her children’s council in October.

Baskind, the 2012 NCAA Women’s Lacrosse Division 1 Scholar-Athlete of the Year, said she was motivated by her early love of sports.

“My older sister, Julie, was instrumental in getting me involved in lacrosse. She’s now a medical assistant at Tufts,” said Baskind, who helped lead the Flyers lacrosse team to consecutive state titles.

Though she’s six feet tall, Baskind used her speed and eyesight to frustrate bigger opponents—as a two-way midfielder in lacrosse and an attacking striker and midfielder in soccer.

Baskind, an All-Ivy League performer in both sports, said her competitive background “increased my love of working with people. I give and receive constant feedback in my work and try to improve every day.”

Her father, Carl, still plays basketball and her mother, Dianne, plays in an adult soccer league.

“I cannot emphasize the support of my family enough,” said Baskind, who two years ago attended Brophy Elementary School in Framingham with her sister and mother for a football game on the field named after the late Gillian Shor, one of her sister’s closest relatives. friends.

“All three of us playing on that field together,” she recalled, “was moving and special.”

Who should we catch up with? Contact Marvin Pave with suggestions at marvin.pave@rcn.com.