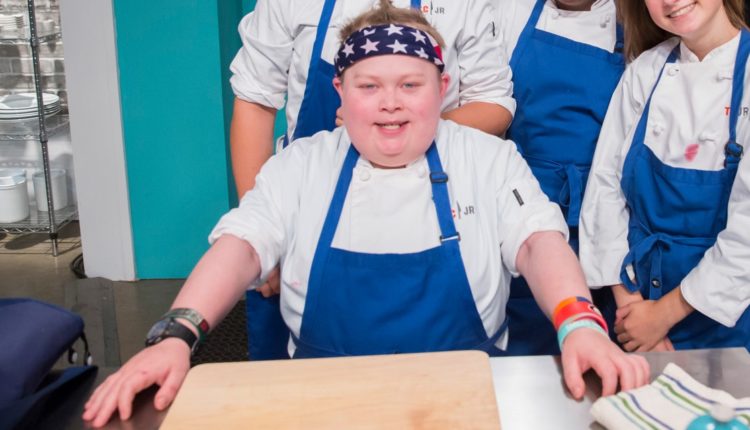 Beloved young chef and Food Network star Fuller Goldsmith died this week at age 17 after a long battle with leukemia. Goldsmith, who won Chopped Junior in 2017, was being treated for acute lymphoblastic leukemia (ALL) after the cancer returned for a fifth time in early 2021, People reports.

Fuller’s father, Scott Goldsmith, said in an interview with a local news outlet that he was shocked at the timing of the death of his son, whose condition deteriorated dramatically over the course of a day. “We knew what the outcome would be, but we certainly didn’t think it would be yesterday,” Goldsmith told Tuscaloosa News on Wednesday. “On Monday he was moving, building Lego and watching all the football games. Yesterday morning he had a fever and was having trouble breathing.”

Goldsmith said Fuller eventually died peacefully and without pain. “He was ready to go,” Goldsmith said. “He went into his sleep peacefully; no pain, no struggle, lying in his bed and going to heaven.”

Goldsmith was first diagnosed with ALL (also called acute lymphoblastic leukemia) when he was three, and the cancer came back throughout his life. He revealed in February that his cancer had returned for the fifth time. “Unfortunately, the news about the tumor was not what I hoped. The same leukemia is back,” Goldsmith wrote on Instagram. Goldsmith planned to start a 12-day course of radiation in a few weeks, “and then more chemo to make sure it’s gone once and for all.” Round 5 – I’m ready to fight!” He wrote.

“We were devastated to learn of Fuller Goldsmith’s passing. In addition to being a culinary force and a fierce competitor, he was an extremely generous person,” a Food Network spokesperson told People. “Our hearts go out to Fuller’s family and his friends as they mourn the loss of such a phenomenal young man. The production company behind Top Chef Junior, Magical Elves, shared a statement on Instagram mourning the young chef: “From the moment he was introduced to us, we knew he would have an impact on everyone around him. and would be a positive force in the cooking world.”

Goldsmith took home the top prize on Chopped Junior four years ago at the age of 14. He donated his $10,000 prize money from the competitive cooking show to Birmingham Children’s Hospital’s division of hematology and pediatric oncology, according to Today. Later that year, following his Chopped Junior win, Goldsmith also appeared as a contestant on Top Chef Junior, but withdrew from the series to focus on his health, he shared in an Instagram post at the time.

Acute lymphoblastic leukemia (ALL) is a cancer that affects the blood and bone marrow. Although it is generally rare, it is the most common cancer in children, according to the National Cancer Institute (NCI). The American Cancer Society estimates there will be about 5,690 new cases of ALL and 1,580 deaths by 2021.