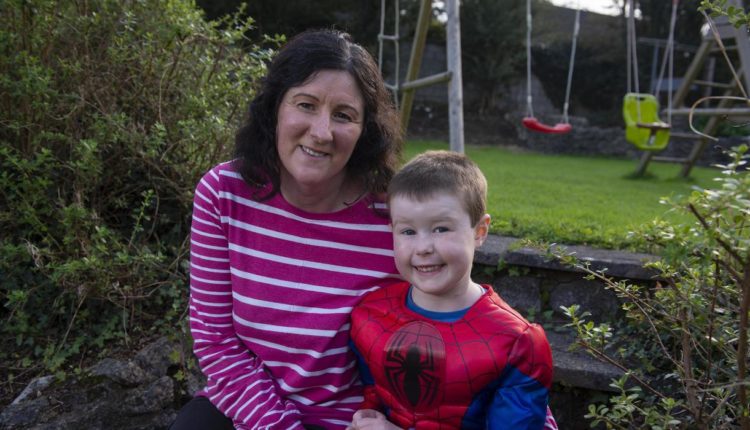 Every parent knows how stressful it can be when their child is not feeling well. But there are many families across the country with seriously ill children, and for them it can be completely overwhelming trying to deal with the logistics of balancing work, family life and hospital appointments, while also worrying about their child’s health.

that’s why the Pediatric Oncology Outreach Nursing Service (POONS) at Mercy Hospital in Cork is such a lifeline for so many people. It is the only service of its kind in Ireland and enables children with cancer to receive essential treatment in the comfort of their own home, helping to reduce hospital visits and provide much needed support to families at a very difficult time.

Last year, 45 families used POONS, 726 home visits were made and POONS nurses traveled 34,826 km to provide the service, which is funded by the Mercy Hospital Foundation and requires €30,000 annually to continue.

This Friday, October 22, the public will be asked to support Mercy Heroes by raising money for the Mercy Kids & Teens Appeal to support the youngest patients in the hospital.

Cormac is now almost at the end of his treatment

Cormac is now almost at the end of his treatment

Clare Byrne knows the value of the service all too well, as her oldest son, Cormac, has been cared for by the POONS team for the past three years because he had leukemia as a toddler.

“When Cormac was just two and a half years old, he had a severe flu from which he didn’t seem to recover and also a rash, which we initially attributed to a reaction to new washing powder,” she says. “It sat on his torso and also went to his neck and looked like little bruises. I took him to the doctor who said she thought it might be due to a blood disorder that is on my husband’s family side and we were told to come back the next day for a ​to have a sample taken.

“I thought that was it and after the blood was done I took him to a play center, and he ran around like the rest of the kids without bothering him. But that night when I put him to bed, I got a call from the doctor who said to take him to Mercy Hospital right away I didn’t really know what to think but called my brother to babysit our other son, Donnacha, who was only five weeks old at the time, and me and Colin left for the hospital.”

Cormac was admitted to the pediatric ward and Clare stayed with him the night before hearing the devastating news the next morning that her child had cancer.

“I remember going on the elevator to the pediatric ward and seeing an oncology and hematology sign and thinking it had nothing to do with us,” she says. “But he was admitted and the next morning Dr Clodagh Ryan came in with the diagnosis. I will never forget Thursday, February 21, 2019 when our whole world came crashing down.

“We just couldn’t believe it. She was talking for a while, but I couldn’t record anything, except that I heard her say the process would take three and a half years and I wondered how it was possible that he ran through a play center the day before. “

Cormac was transferred to Crumlin Children’s Hospital in Dublin where he stayed for two weeks and began his chemotherapy and treatment program which he is currently only months away from completion.

Once he was discharged he was sent to Cork and the mother of two says this was the most terrifying part as they would be in their own home for the first time since his diagnosis. But thanks to the POONS team, the transition became much easier.

“They were brilliant from the start,” she says. “We have two nurses, Olga and Peg, who come to us and they have made everything so much easier. Cormac has the Freddy [Hickman Line] so his bandages need to be changed every week and he also needs to have blood drawn to determine the amount of chemo needed.

“Some days we should have gone to the hospital, and that’s when you really learn how valuable they are, as it’s so hard to find a parking space in the city center and get to the pediatric ward with two little boys. There’s also the issue of parking, which adds up over time – so now there are often times when I do Cormac’s blood myself and one of the nurses will come and pick it up and take it to the hospital for me. bring.

Cormac and his mother Clare, brother Donnacha and father Colin

Cormac and his mother Clare, brother Donnacha and father Colin

“But depending on what stage he is in his treatment there could be days when they are here every day and especially during Covid, we really learned what a lifeline POONS is – in fact when we go to Crumlin, the other parents always tell us how happy we are with the service because I don’t believe there is anything like this in the country.”

Three years after his diagnosis, Cormac is near the end of his treatment, which, his mother says, was made so much easier by all the help and support they received.

“Cormac is doing very well at the moment,” she says. “He goes to Mercy for treatment every four weeks, up to Crumlin every 12 weeks, and I give him chemo every night at home. Dr Ryan said we should try to keep life as normal for him as possible, so that’s what we’re doing. He went to school this year and loves it – he’s like a new kid, he wants to run around outside all the time – it made him.

“He handled it all so well and probably because he started so young and didn’t know any other way, he just keeps going – some days he might have a lumbar puncture in the morning and a few hours later he would fly full of energy around the house – kids are just awesome.

“The POONS team really helped us through this and I hope by telling me our story people will donate a little bit to keep the nurses on the road because somewhere down the line someone else will make them and their presence real the difference.”

Paschal McCarthy, CEO of the Mercy University Hospital Foundation, agrees, saying that supporting campaigns like Mercy Heroes can make such a difference in people’s lives.

“For the past eight years, The Mercy University Hospital Foundation has proudly funded POONS,” he says. “We can see the impact this service has on families every year and Covid-19 has put an even greater demand for the service as these patients are among the most vulnerable in our community. This year anyone can become a Mercy Hero and every donation, big or small, will make a huge difference.”

Fully funded by the Mercy Hospital Foundation, POONS needs €30,000 each year to keep it going, and the Mercy Heroes fundraisers on Friday, October 22 will help fund this. To make a donation on Mercy Heroes Day, visit Mercyhospitalfoundation.ie or join forces with friends, family or colleagues to host a virtual or in-person coffee morning. And to set up your own ‘Mercy Heroes’ fundraising page, visit justgiving.com/campaign/MercyHeroes21