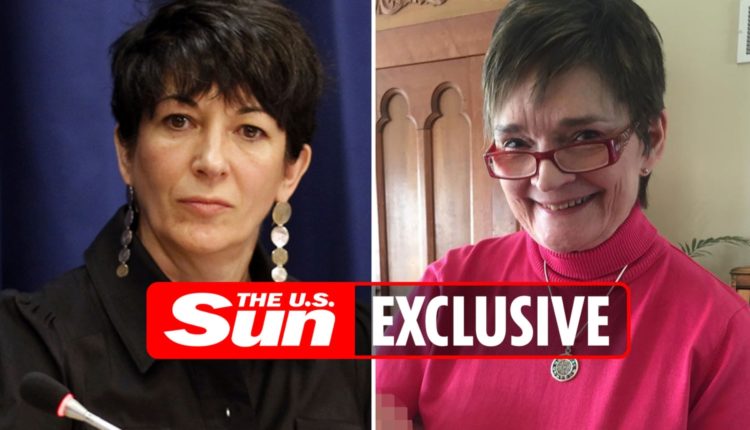 GHISLAINE Maxwell’s mother-in-law has passed away after a ‘battle with cancer’ ahead of her blockbuster trial in New York this month, The Sun can exclusively reveal.

Last year, it was announced in court that Jeffrey Epstein’s alleged madam had secretly married, and her husband is believed to be tech entrepreneur Scott Borgerson, 46.

The former teacher died in May, with sources saying she had battled cancerCredit: Joelle/Facebook

Official records seen by The Sun show that his 74-year-old mother Sara, a former high-ranking teacher, died on May 3, and his name was omitted from an online obituary.

Sources claim she had been battling cancer for many months and was upset after Ghislaine became one of the most hated women in the world after Epstein’s death.

It is unknown if her son ever introduced his infamous wife to his family, although insiders told The Sun they were left in the dark about the marriage.

Sara’s online obituary reads: “She taught French and Spanish for 48 years at various schools, including St. Pius X High School in Crystal City, DeSoto High School, and Jefferson College in Hillsboro, where she also served as associate dean of arts and sciences.

She leaves behind two children, five grandchildren and many other relatives and friends.

“She loved reading, cooking and jazz music. She was a master bridge player. She will be remembered for her independence, positive attitude and grace, as well as her willingness to help others.”

Sara’s daughter, Joelle, a high school counselor, quietly posted a series of photos showing her mother’s declining health, as friends and family sent their best wishes and prayers as she fought on.

After her death, she also shared memories and photos from the funeral in Missouri, as one friend wrote, “I’m sending you hugs. My heart breaks at your loss. Hold on and try to keep your chin up.”

The Sun has reached out to Borgerson’s family for comment.

A former student also wrote on social media: “I am sorry to hear of the passing of Mrs. Borgerson. She was a passionate teacher, always made her class fun. I took 2 years of French under her tutelage as I learned the language of the love.”

Ghislaine’s brother Ian, who believes his sister is innocent, told Insider last month that her own family also had no idea she was getting married.

He thinks Ghislaine has distanced himself from her husband and his two young children from a previous marriage to “break the glare of the media spotlight,” the outlet reported.

‘The children want to go to school. The father wants to continue this business,” he said. “She says, ‘Look, I can’t help you through that; I’ll just have to lay down for a while.'”

His mother Sara and father Chris, who divorced many years ago, refused to confirm or deny the marriage, while a family source said The Sun Ghislaine’s in-laws were alarmed by the news.

“Scott’s family is traumatized, they don’t want to talk in public and they just can’t believe they got dragged into this mess,” they said.

“They wouldn’t wish this on any family… his mother is overwhelmed. It’s a lot for them to be in the spotlight in this way.

“They have nothing to do with what Ghislaine is accused of, they are respectable people with ties to the military and police in Missouri.

“They also expressed support for the victims among friends and said it is important not to defend or apologize to those involved.”

Despite Scott initially denying dating Ghislaine and claiming they were just “old friends”, sources claimed his relatives were well aware of their relationship, but he failed to tell them about her link to Jeffrey Epstein.

Meanwhile, the businessman has kept a low profile after stepping down as CEO of his tech startup CargoMetrics so as not to be a “distraction” to the Boston-based company.

Multiple sources told The Daily Beast earlier this month that Borgerson, 14 years younger than Ghislaine, is now eager to distance himself from the trial, while it is now clear that he is also mourning the death of his mother.

Prosecutors said she was “on the point of divorcing her husband,” although her lawyers claimed she made the statement only to protect him.

The pair are said to have started dating around 2014, when he filed for divorce from wife Rebecca, the wife of his two children, after a tumultuous relationship.

The Sun revealed they lived in marital bliss in Borgerson’s $2.4 million love nest in Manchester-by-the-Sea, before secretly moving to New Hampshire to hide from the media, where she was picked up by the FBI .

Scott is a former US Coast Guard commander and the pair are said to have met at a conference on ocean conservation.

A court heard earlier how Ghislaine claimed she bought her hideout with an ex-serviceman named “Scott”.

Both “Scott” and Ghislaine – named “Jen” – also used the same last name “Marshall,” according to the broker who worked on the sale.

Ghislaine is being held in New York jail prior to her trial, charged with sex trafficking, several victims for Epstein.

The disgraced British socialite denies six charges, including seduction of minors and sex trafficking of children, which carries a maximum penalty of 80 years in prison.

From 1994 to 2004, she is said to have “facilitated and contributed” to Epstein’s abuse of children.

But she claims she is being used as a scapegoat for him after he was found dead in his cell in August 2019 while awaiting trial for sex crimes.

Scott and Ghislaine have attended a number of chic events together, according to reportsCredit: ARCTIC CIRCLE Gislaine Maxwell’s brother Ian speaks out for the jury selection

We pay for your stories!

Do you have a story for the US Sun team?