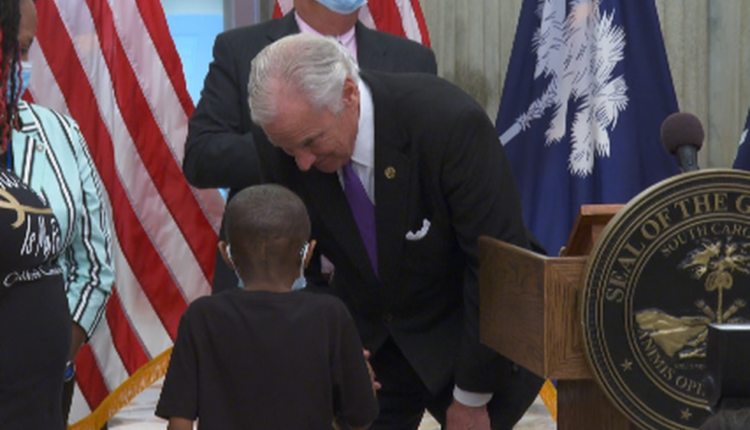 “This month recognizes the courage and compassion of those children and their families in South Carolina and the nation who have battled or are currently battling cancer,” said McMaster.

According to Children’s Cancer Partners, 600 children a year are diagnosed with cancer in North and South Carolina.

In the United States, it is number one among children.

The governor made that announcement alongside Jamecia Smith and her cancer-fighting son KJ.

Since July 2020, KJ has been undergoing radiation and chemotherapy after a brain tumor has been removed.

“The symptoms started with dizziness and headaches, then loss of balance and coordination,” said Jamecia Smith.

However, KJ has been fighting hard for the past year.

“I’m doing well, I’ve been fighting cancer, it’s been a little hard for me, but I got through it in the end,” he said.

One of the things he says he misses is being able to play like he used to.

“I can’t do what I used to love to do, but that’s okay,” he said. “I would like to go to jumping spots, but I can’t go there now that I’m in treatment.”

The Smiths say more people are aware of what kids like KJ are going through and are supporting organizations that help make a difference.

“It relieves some of the stressors for me,” Smith said.

Notice a spelling or grammar error in this article? Click or tap here to report it. Add the headline of the article.