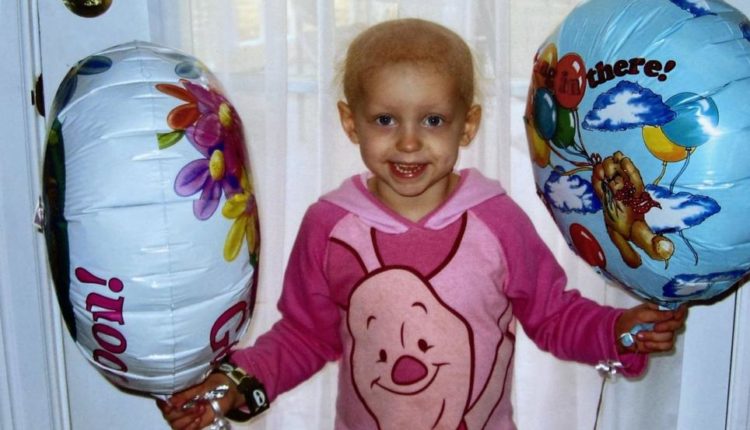 Born in Hartford and soon to be a nursing student at WKU, Olivia Miller hopes to give hope to others with her cancer survival journey.

Miller, a sophomore at WKU, said she will begin the school’s nursing program next semester, which has been a dream of hers for a while.

At the young age of 3, Miller was diagnosed with kidney cancer.

Her parents took her to the pediatrician for fatigue and she was diagnosed with tonsillitis and had her tonsils removed. Within a few months, however, she contracted pneumonia twice in a four-week period.

Her pediatrician then scheduled an MRI that showed a tumor covering about 60% of her abdomen, she said.

After further examination and a biopsy at Norton’s Children’s Hospital, Olivia was diagnosed with a bilateral anaplastic tumor, also known as Wilms tumor, on May 5, 2005.

Wilms tumor is the most common form of kidney cancer in children. Also known as nephroblastoma, this type is responsible for about 6% of all childhood cancers and originates in the kidney cells.

However, she said her tumor was rare because it was found outside the walls of her kidney, sutured rather than inside it.

Miller underwent nine months of treatment and had less than a 30% chance of survival.

“For nine months my life was the hospital. I was at Norton’s Children’s Hospital five days a week or three days a week, and when I was home, we weren’t going anywhere, we were staying at home,” she said.

She was able to finish treatment in January 2006, just under a year later, but her time at Norton inspired her to pursue a healthcare career.

“So when I got over that, I kind of embraced life and looked at the positives because I had survived the 30% survival rate, so I just really wanted to get past it,” she said. “Now I’m in university; I’m a second year student at WKU and I’m starting Nursing next semester and I’m really looking forward to it. When I look at that, I realize how much stronger I have become.”

Miller said she was told that even though she passed the statistics on her illness, she could still have learning disabilities.

However, she said that wouldn’t stop her.

“I feel really blessed to even be in college. They told me that my learning might be delayed, but I persevered and was determined to go to university and go into the medical field,” she said. “I thank God every day and I thank the doctors. That’s why I want to be a nurse. I want to work at Norton and help children. My favorite nurse had cancer when he was a child and it gave me hope and I want to give hope to other children too.”

Miller’s goal is to one day work as a nurse at Norton’s Pediatric Inpatient Cancer Unit at Children’s Hospital, where she was a patient herself.

She said this would be her way of giving back and prepaying.

“I originally wanted to be a doctor, but I realized that nursing is better for me because you can spend more time with the kids and that’s what I want to do; I want to give more hope and be more involved with the children,” she said.

She also serves on the “Dance Big Red” board of directors as the chair of family relations and works with families to get them more involved in Norton’s.

This year marks the marathon’s eighth year and will be the first time the event has been held in person since 2019.

The goal, she said, is to raise $60,000 for the hospital, which she is optimistic about.