‘He fought so hard:’ Oviedo High football coach dies after battle with cancer 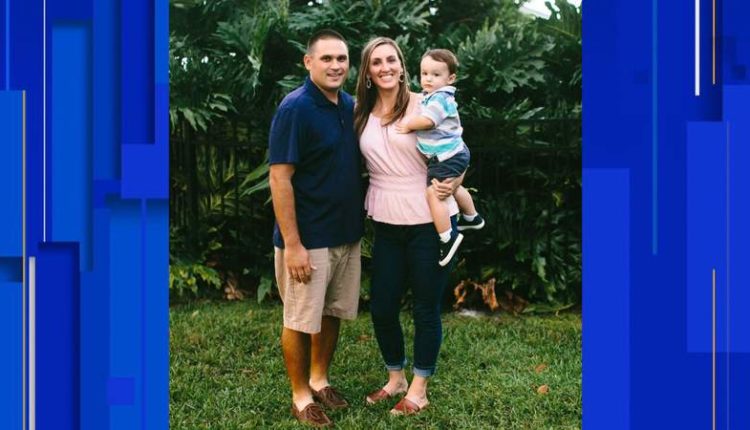 OVIEDO, Fla. – A Seminole County soccer coach and teacher lost his battle with cancer. Family and friends of Coach Tyler Lampe, 33, said he fought to the end and left a lasting impact on countless lives.

“When you first met Tyler, he was a friend,” Herbst said.

[TRENDING: System could develop off Carolina coast | Here’s why you didn’t see many lovebugs this year | Become a News 6 Insider (it’s free!)]

Lampe was a friend, family man, and soccer coach with deep roots in Seminole County. He played varsity football at Lake Howell High School. He also married Vicky, his high school sweetheart three years ago, and they started a family together.

“It was very important for him to create his own roots in the place where he was born and raised,” Herbst said.

Herbst said Lampe was a mainstay in the community. He was most recently the offensive coordinator for the Oviedo High School football team. He also taught the IT program at the school.

Herbst said he followed his passions and dreams.

“He always wanted to be a teacher and football coach.”

In January, the Lampe family received devastating news. He was diagnosed with T-cell lymphoma. Herbst said he has spent the past nine months in and out of hospital undergoing chemotherapy.

“He has fought so hard to stay strong for his family and his friends,” Herbst said.

He added that Lampe would not let cancer slow him down.

Herbst said Lampe had more than 80,000 bone marrow donor matches. But last week he lost his battle with cancer.

Herbst said he had fought long enough to see his daughter’s birth.

“He told me his three best days in this world were the birth of his two children and then, of course, marrying his beautiful wife,” Herbst said. “It was all about family for him and that’s all he cared about until the end.”

The Oviedo High School Football team tweeted: “We are saddened by the news of Coach Lampe’s passing. He was a devoted father, husband and coach. Our thoughts and prayers are with his family. #1Proud”

Herbst said Lampe has touched countless lives as a coach and teacher.

“It’s good to see all the great posts on social media and how much of an impact he has had not only on my life but on so many others,” he said.

Herbst said Lampe’s friends and family are now rallying behind his wife and two young children, aged two and a month. They reopened a GoFundMe to cover medical expenses.

“Not winning the fight doesn’t mean we don’t have to pay for that fight. Every little thing helps, just to help with the medical expenses and help with raising the two little babies and helping Vicky,” he said.

Herbst adds that he hopes Lampe’s story will inspire others to become bone marrow donors.

“You don’t know when or how drastic that could be,” he said.

A Celebration of Life ceremony for Lampe is scheduled for Saturday, October 16 at noon at Action Church at 1485 Grand Road Winter Park, FL 32792. The community is invited to pay their respects.

What may cause it and how to prevent it