Hiking for hope: Vestavia man to walk from Alabama to Maine to fundraise for pediatric cancer research 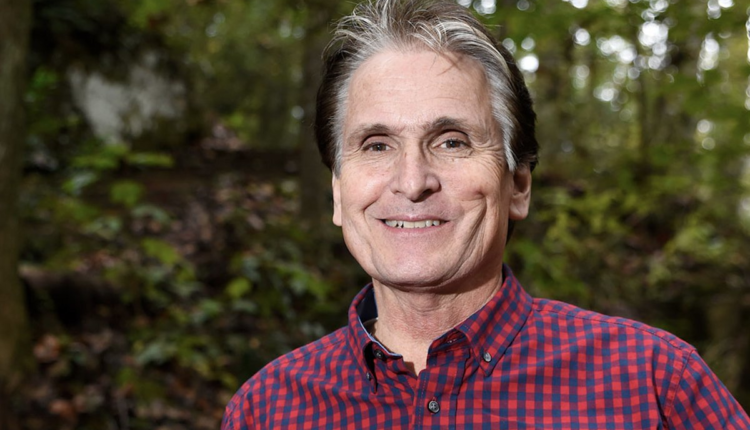 When his daughter Janie died at age 5 after battling leukemia, Dan Sims devoted the rest of his life to honoring her memory and raising money for childhood cancer research.

That journey will now take him from Talladega to Maine, a 2,600-mile hike along the Appalachian Trail that he hopes will highlight the need for childhood cancer research and bring in millions of dollars in new funding.

Sims, a resident of Vestavia Hills, said that while he’s run marathons and run many miles before, this will be the longest walk he’s ever done. But the journey will be worth it if he can help children like Janie, who died in 2003.

A year after he and Janie’s mother welcomed twins 10 weeks premature, Janie was diagnosed with leukemia. She was treated for 15 months before passing away in 2003.

“It blinded us,” Sims said of the diagnosis.

Janie had a fever, so her parents took her to the doctor, who delivered an ominous message.

“Within 15 minutes (after the blood test) they became very quiet and said, ‘You need to go to the emergency room,’” Sims said.

The emergency room took them in immediately and they were soon told that Janie had leukemia.

Treatment was not easy, because chemotherapy weakens the immune system in an attempt to kill cancer cells without killing the patient, Sims said.

“It’s like walking 100 stories above the ground on a tightrope with no safety net,” he said.

As Sims put on a brave face for Janie, it was heartbreaking to walk through those times, he said.

“You stay positive about her,” Sims said. “At the same time, you are eaten alive from the inside.”

However, Janie never complained. Even while undergoing treatment, she was “nice to be around and easy to love,” Sims said. She woke up with a smile on her face and genuinely enjoyed life.

“Right after Janie completed some of her early intensive chemotherapy, she came home from the hospital and learned to ride a bike without training wheels at the age of 4,” Sims said. “She was up for horseback riding and was the first to get on the roller coaster. Janie loved to sing in the car and Kenny Chesney songs were her favorite.

“She lived her life and didn’t let the cancer get in the way. Whatever challenges and hardships I face on my 2,600-mile journey will pale in comparison to what Janie went through after her leukemia diagnosis,” Sims said.

She was one of those people that other people were naturally attracted to, he said. She, the middle child between the twin boys and her older sisters Haley and Anna, was the “glue” in the family, Sims said.

So when Sims started preparing for next year’s walk, he knew nothing could stop him from honoring his daughter.

“I don’t care what obstacle, this is something I have to do now,” he said.

Undergoing his daughter’s treatment prepared him for the journey he plans to embark on in January.

“There are so many parallels between having cancer with a child and going for a long walk,” Sims said.

As he will have to do during the walk, Sims said he had learned to do what he had to do to take care of his daughter.

Sims start at Flagg Mountain, the start of the Pinhoti Trail that eventually connects to the Appalachian Trail via the Benton MacKaye Trail, adding 408 miles to total some 2,600 miles of hiking.

Sims carry everything they need on their backs and will have to stop in cities along the way to reload. He also goes in winter, where the elements can pose a greater threat. And 2,600 miles is far more than the 26 he has run in many marathons.

Sims knows that parents who have been through similar struggles may find a match with him, and he hopes they will donate, along with many others.

If each of Alabama’s roughly 5 million residents gave $2 to childhood cancer research, it would mean $10 million to the cause, Sims said.

“You raised $10 million without batting an eyelid,” he said. “This is a lottery you can’t lose.”

Sims is starting to donate $2,000 out of pocket, which is symbolic because about 1,000 children in the state are currently undergoing cancer treatment, he said. He gives $2 for each of them.

It’s not possible to be fully prepared or fully trained for coping with childhood leukemia, and the same goes for such a long walk, Sims said. He’s watched videos and bought equipment, but 99% of it just goes out and does it, he said. Only about 20 to 25% of people who attempt to hike the entire Appalachian Trail make it, he said.

Just as his daughter stayed in not-so-comfortable hospital rooms, the ground on the trail isn’t always the softest landing spot either, he said.

Reflecting on his time in the hospital, Sims said other families with sick children become like family, which is similar to the family hikers build on long trails like the Appalachian Trail.

“We entrust our lives to strangers and then we call them family,” Sims said. “Nobody really does anything alone.”

Sims knows his idea of ​​raising $10 million for childhood cancer research might be considered crazy. But he’s okay with that because, as Steve Jobs once said in one of his favorite quotes, those are the kinds of people that make all the difference.

“To the madmen, the misfits, the rebels, the troublemakers, the round pegs in the square holes… those who see things differently – they don’t like rules. … You can quote them, disagree with them, glorify or defame them, but the only thing you can’t do is ignore them because they change things. … They push the human race forward, and while some may see them as the madmen, we see genius because those who are crazy enough to think they can change the world are the ones who do,” Jobs said in 1997.