Holly’s London Marathon gift to families of children with cancer 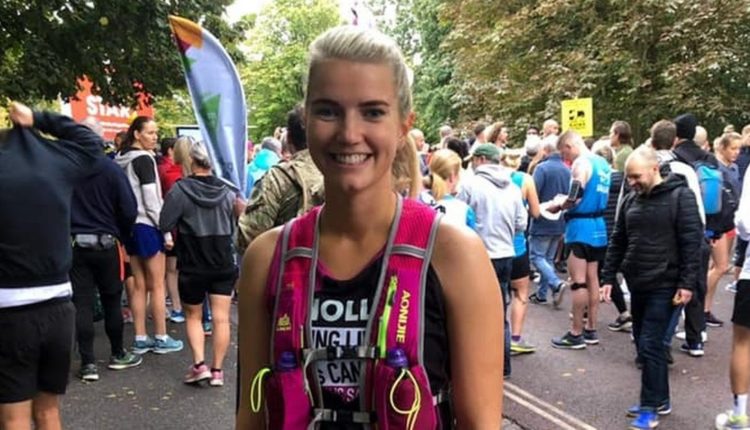 A Perthshire woman completed the London Marathon last weekend, raised £2,500 for a children’s charity and shed light on a young person’s battle with the disease.

Holly Abercrombie, 25, completed the 26.2-mile route on Sunday, October 3, after virtually walking it around Perth last year when the pandemic kept her from actually doing it.

Holly, who lives in Ruthvenfield and is a project manager for the NHS, chose to support Young Lives Vs Cancer.

She surpassed her £2,000 funding goal, with her justgiving page dedicated to telling the story of Perth cancer fighter Lily Douglas.

Like Lily, Holly’s early life was devoted to dancing and in 2013 she was Scottish Ballet Champion. Holly graduated from Edinburgh University and then worked for the NHS.

Julie Young, her former ballet teacher in Perth, congratulated Holly on her run in London.

“We are all so proud of you Holly,” Julie wrote.

Holly finished the 2021 London Marathon in five hours and 12 minutes.

She had to wait two years to do it since she first discovered she had a spot.

Last October, when the pandemic kept runners at bay, Holly donned her running shoes and clocked the equivalent miles around Perth while completing the ‘London virtual marathon’.

On her 2021 fundraising page, Holly explained, “I’m raising money for an incredibly important charity that supports young people like Lily living with cancer, and their families.

“Thank you so much for your donations – it means the world to me and the cause.”

In 2017, Lily Douglas was just nine years old when she was diagnosed with stage four Ewing sarcoma — a rare form of childhood cancer.

Holly said: “Despite countless surgeries and various treatments, she shows incredible courage, positivity and determination every day. Lily won’t let anything stop her – really shows cancer who’s boss. She’s an incredibly young girl who could teach us all a lesson about living life to the fullest.”

Lily and her mother Jane travel regularly for treatment, which is both expensive and exhausting, but they are helped by Young Lives Vs Cancer, which funds “home from home” near children’s hospitals where young people like Lily attend during treatment. can stay with their family.

La. reports 18th pediatric death due to COVID; health officials warn we aren’t out of the woods yet