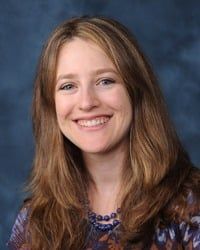 A new study from Chicago included insights and practices from several primary care pediatricians regarding the treatment of atopic dermatitis in pediatric patients under 2 years of age.

The findings were presented at the 2021 American College of Allergy, Asthma, and Immunology (ACAAI) Scientific Meeting in New Orleans.

As such, Fishbein and colleagues conducted focus groups with community pediatricians on how to improve the undertreatment of atopic dermatitis, with the primary goal of informing future interventions to improve management in this age group.

According to researchers, the focus groups centered around one question: “How can we, as researchers, help community pediatricians treat AD in children under the age of 2?”.

A convenience sample of 5 community-based pediatric practices were invited to participate in the 40-minute audio-recorded focus groups. Of these practices, 17 primary care pediatricians participated.

During the meetings, semi-structured interview guides were proposed to better understand the issue of atopic dermatitis treatment.

In addition, conversations about barriers and counselors to treatment were approved and pediatricians suggested solutions to address barriers to treatment.

From there, 2 researchers read the transcripts of the focus group sessions and made a code list. These codes would later be applied to the transcripts using Dedoose software.

Finally, 2 research assistants independently applied the codes to the transcripts, which were then refined to achieve a Cohen’s kappa of 0.8 by both.

After encoding the transcripts, Fishbein and colleagues elaborated 5 themes for approving atopic dermatitis treatment in pediatric patients under 2 years of age.

Some themes shared codes, such as “addressing the safety of topical corticosteroids”; however, a majority of the codes adopted focused on each individual theme.

Key quotes from the 5 focus group sessions were included in the ACAAI presentation. Although not attributed to an individual pediatrician, citations were marked with the focus group they were associated with.

Several quotes related to educational materials, with 1 quote from the last focus group stating “If there’s a handout… that tells parents about topical steroids, their safety profile, as we have some hesitant families,” and another which suggests an informative video.

Comparisons to asthma models, as well as concerns about the fear of steroids and biologics, were addressed in many other quotes featured in the presentation.

In addition, researchers write that the participating pediatricians were able to identify potential solutions to common challenges, including educational materials for caregivers, step-by-step guidelines, and EMR tools to assist with documentation and disease management.

“Further research is needed to create and disseminate clinical guidelines for the management of atopic dermatitis for this age group and to test EM tools,” the team wrote.