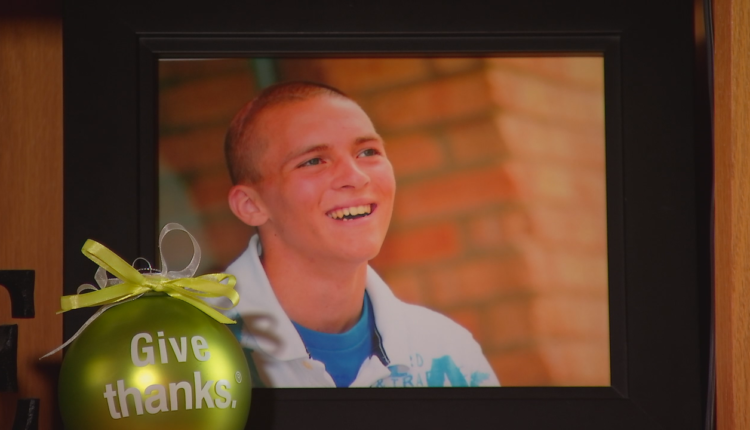 (FOX 9) – In June 2010, Dylan Witschen, a football player at Anoka High School, died of brain cancer. Before he died, he asked his family to raise money for the hospital that was fighting to save his life.

In August 2010, just before Dylan’s freshman year, he was in soccer practice at Anoka High School. He and another player collided. Dylan said he wasn’t feeling well after the blow and thought he might have a concussion.

“We went to Mercy Hospital, they did a CT scan, they found a mass on his brain,” said his mother Debbie Witschen.

Within 24 hours, he had undergone surgery to remove a tumor in his brain that had caused a seizure when he was hit.

“Up to that point, he was a happy, healthy 14-year-old,” Witschen said.

After the surgery, his family decided to continue their cancer treatments at St. Jude’s Children’s Research Hospital in Memphis. After nine months of treatment, he returned to the football field for Anoka High School for his sophomore year. It would be the last year he played football.

“Unfortunately, on Dylan’s 16th birthday, the doctor read his image and said he had six months to live,” Witschen said.

She says Dylan organized a fundraiser for St. Jude’s at the Mall of America shortly after his terminal diagnosis. That day, he asked his family to go on a mission.

“He called a family gathering and he said ‘here’s the deal: I don’t want other kids and other families to go through what we went through’.” He said, ‘I want you to raise money for St. Jude,’ said Witschen.

At the age of 16, Dylan founded the Dylan Witschen Foundation. Through his foundation, his family continues his legacy and desire to help other families touched by childhood cancer.

This Saturday, his family is celebrating more than $1 million dollars raised for St. Jude’s Children’s Research Hospital through the Dylan Witschen Foundation.

On Saturday, September 25 at 10 a.m., the Witschen family and their supporters will celebrate the $1 million milestone. They run a run/walk from Riversbend Bar and Grill in Ramsey. Registration starts at 9am