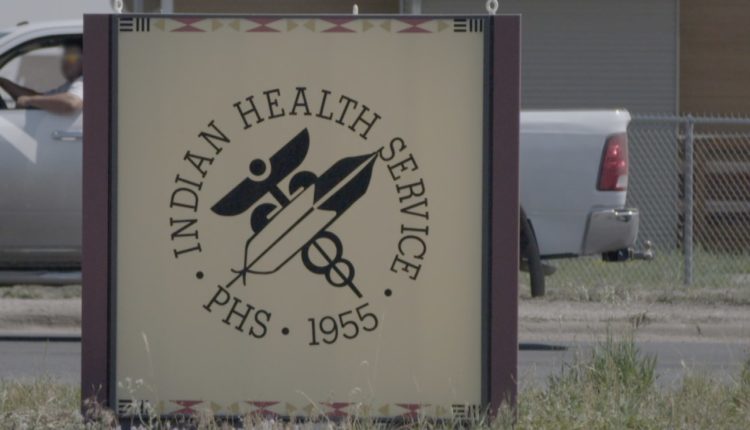 The report shows that lawyers from the Ministry of Health and Human Services, which oversees India’s health service, were made aware of allegations against the doctor as early as 2009 and concludes that top regional officials also suspected him of abusing patients. In any case, officials failed to act and protect children from further abuse by their doctor.

The report examines the career of Stanley Patrick Weber, a pediatrician who worked for the Indian health service from 1986 until he resigned during an investigation into his behavior in 2016. He was later convicted in two separate trials for sexually assaulting a total of six boys in the United States. his care at IHS hospitals in Montana and South Dakota and was sentenced to five life sentences in 2020.

The Journal and FRONTLINE examined the Indian health service’s role in covering up Weber’s abuse in the 2019 documentary Predator on the Reservation. The film showed that the federal agency overseeing medical care for 2.6 million Native Americans was showing warning signs. van Weber’s abuse, punished whistleblowers, and allowed him to continue treating children despite his supervisors’ suspicions.

The report, which the IHS commissioned months after the documentary aired on behalf of a contractor, provides new details about the agency’s missteps. Investigators working for the contractor, Integritas Creative Solutions LLC, viewed thousands of pages of internal IHS records and conducted about 100 interviews that identified “problematic activities within the agency,” said Integritas’ leader, Carl Caulk.

One of the new details: Integritas discovered that Weber was taking a Native American teenage boy on a European vacation when he was placed on a training assignment at a civilian hospital in New Mexico in the early 1990s. The researchers also found that Weber had drafted a memo — and had his boss sign it — at his next assignment, an IHS hospital in Montana, which expanded its duties far beyond pediatrics, possibly including after-school counseling and weekend and overnight trips with children.

“The IHS recognizes that the trauma of victims of sexual abuse within our agency is unacceptable,” the agency said in a statement from spokeswoman Jennifer Buschick. “These actions are reprehensible and we sincerely regret the damage caused to those involved,” the statement said, promising improvements.

The report was completed in January 2020, but the IHS declined to release the document or discuss its findings publicly, citing a law that makes certain medical quality assurance records confidential. Dow Jones & Co. and the New York Times have both filed lawsuits to force the government to release the report under public records laws in April 2020. The news organizations argued that an investigation into governmental missteps that allowed a sexual predator to thrive does not constitute an assessment of the medical quality.

A district court ruled that IHS should release the report in January, but the government appealed. A three-panel judge upheld the lower court’s ruling last week, leading to Tuesday’s disclosure.

Some executives were named in the report for their handling of complaints about Weber, such as Bill Pourier, the CEO of Pine Ridge Hospital in South Dakota while Weber worked there in the 2000s, and Mary Ellen LaFromboise, who oversaw the Blackfeet Community Hospital. in Browning, Mont., when Weber was assigned there.

The report found that, despite receiving credible complaints from staff members, Ms LaFromboise “did nothing to document the complaints, investigate their validity internally, refer the matter to the police or suspend or remove Weber.” “from the hospital. Mr. Pourier, it found, consistently gave Weber high marks in performance reviews, despite harboring suspicions about Weber and “treating a child abuse allegation as a tricky personnel issue.”

The report shows that HHS attorneys were made aware of the allegations about Weber at Pine Ridge Hospital in March 2009 after another physician complained about his behavior to Mr. Pourier and another IHS manager. The heavily redacted portion of the report shows that the lawyers recommended that the hospital form an “ad hoc investigative committee” to review the allegations internally. The report does not state whether they advised agency officials to refer the matter to law enforcement, as required by law.

Mr. Pourier did not respond to a request for comment and Ms. LaFromboise could not be reached.

The report also details efforts by IHS leaders to enhance the agency’s safeguards for preventing sexual abuse from its employees. After the initial report from the Journal and FRONTLINE, the agency revised its policy and faced multiple federal investigations, including one by a White House task force that made additional recommendations.

The report recommended that the agency move forward, improve reporting requirements and review its staffing practices. Agency officials at all levels failed to document complaints, were unable to retrieve files when needed and failed to communicate with each other at critical moments, the consultants noted.

For example, the witness who recalled Weber’s European vacation with his teenage partner says she later told an IHS official who contacted her for a job reference about her concerns about his inappropriate behavior with adolescent boys, but the report said IHS said this never documented.

The report also describes how Dr. Dan Foster, an IHS psychologist at Blackfeet, repeatedly expressed his concerns about Weber’s behavior to both Ms. LaFromboise and Dr. Randy Rottenbiller, the chief physician, as well as his own supervisor in the Billings Area Office, Margene Toren. Ms Tower, now deceased, tried to handle the situation “diplomatically,” Dr. Foster to the researchers.

According to the report, Dr. Rottenbiller in 1995 told by the area director, whose name has been redacted, that the director had conducted his own assessment of Weber and received a complaint from a parent about Weber, and Dr. Rottenbiller had told him to fire him. The former area director declined to be interviewed by Integritas, saying he regretted the meeting with Dr. Rottenbiller couldn’t remember. He also claimed to investigators that no allegations about Weber reached him and that he would have been sensitive to any allegations of child sexual abuse if he had received them.

Enabling Weber’s predatory actions was not an isolated failure, the consultants found.

An example of this was that of Dr. Frankie Delgado, who was transferred by the agency to IHS Hospital at the Cheyenne River-Eagle Butte Indian Reservation in South Dakota after repeated allegations of sexual harassment and attempted assault at Pine Ridge, where he was the medical director. . dr. Delgado was among the officials who approved Weber’s continued employment after allegations of child sexual abuse emerged in 2009, the report said.

While working at Eagle Butte in 2011, Dr. Delgado indicted by a federal jury for multiple sexual abuse of two nurses. He was allowed to engage in disorderly conduct in exchange for dropping the charges, the report said. From there, he went to work for the Department of Veterans Affairs, which was aware of his admission of guilt when it hired him, the report said.

dr. Delgado could not be reached for comment Tuesday.

then frog, The Wall Street Journal

JENNIE: Sharon Henderson shares her journey through breast cancer with a strong message for all women – WJBF-TV