Inspirational Yorkshire woman, 21, and her family spend five years raising £50,000 for charity that helped her with childhood cancer 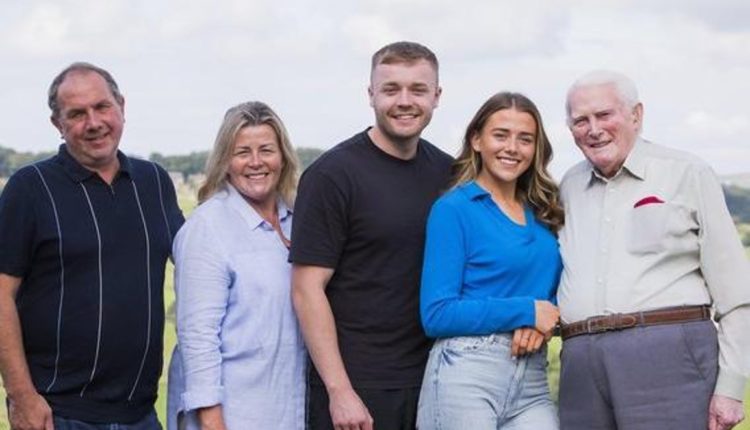 Niamh Sedgwick, 21, who grew up in Northowram and now lives in Stainland, was diagnosed with cancer at the age of three with a 12cm kidney tumor.

Niamh underwent major surgery to remove the tumor, several minor surgeries, six months of chemotherapy and a five-year remission period, and got it all off when she was eight.

The i-newsletter cuts through the noise

During this time, Niamh and her family were supported by Candlelighters, who support childhood cancer families across Yorkshire.

“We, as the Candlelighters family, were so grateful that we committed ourselves to raising money for five years – at the same time as my scheduled remission period,” said Niamh, who attended St Anthony’s Catholic Primary School and Northowram Primary School, then Lightcliffe Academy and Bradford Grammar School.

“We are so grateful to Candelighters for all the support they have given us, for example the full time oncology registrar, the family Sunday lunches, the overcrowded playroom and play staff, books, games, parent kitchen, wonderful gadgets and state of the art equipment, along with many other things.

“My older sister Grace and older brother Joe attended the sibling support groups and we attended the most magical event of the year for oncology children and their families: Christmas. We were also able to use the Candlelighters holiday chalet in Primrose Valley where the whole family could spend quality time relaxing and having fun.”

Niamh had a Wilms tumor, a form of childhood cancer that forms in the kidneys. She started chemo and after a month of treatment, she had a seven-hour surgery to remove the tumor that had infiltrated the surrounding tissue.

“During surgery, the team found that I had a double kidney on the affected side and both were removed, leaving me with one working kidney,” she said.

“The wound was closed with over 50 clips across my abdomen to around my back. As I continued through the chemo I started losing my hair and ended up going bald. Since I was so young, we all just embraced it.

“Although I was very weak during the chemo, after five months I was back in daycare full-time. A year later, just before I was due to start daycare at school, I had a major blockage and had to have another surgery with clips and trot around the yard four days after surgery. I started school a week later and returned to normalcy.

“I had regular checkups that became annual when I turned eight. I now have annual checkups and a heart scan every three years to monitor the possible effects of one of the chemo drugs.

“Since I only have one kidney, I was advised to avoid contact sports, but Mom and Dad wanted me to live a full life. I was always interested in sports which I did from school to university this included athletics, football and netball where I captained the team and we toured Australia.

“I recently ran a marathon in Newcastle with my two best university friends Erin and Annabelle to raise money for Candlelighters.

“During my annual follow-up visits with my specialist oncology nurse, my main concerns and issues were needles, death, cancer recurrence and whether it would affect my fertility.

“However, I felt much better about these past concerns thanks to the advice and guidance I received.

“I turned 21 last November, a birthday some thought I would never make, but here I am, happy and healthy.

“I have just completed a three-year study at Northumbria University and studied Business with Marketing Management and have just started a one-year paid internship with an international cloud company based in Manchester and the US.”