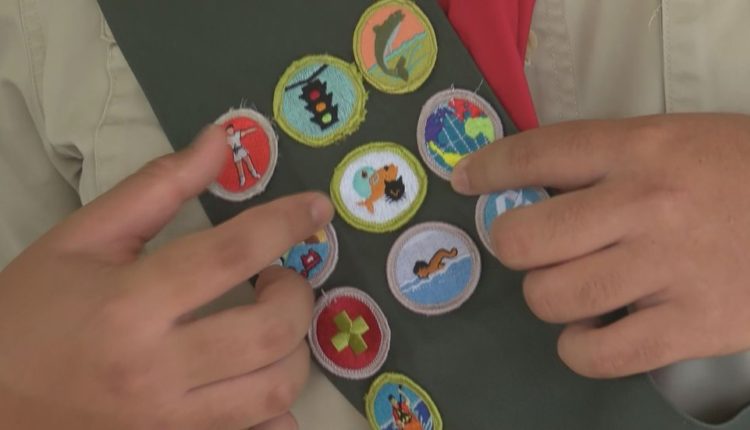 Norris is a senior at Northside Christian Academy and a Boy Scout, part of troop 312 in Irmo.

When it came time to pursue an Eagle Scout service project, Norris said he wanted to do something with impact.

When he learned that his mother’s hometown of Torreon, Coahuila, Mexico had the highest cancer concentration in all of Latin America, Norris knew he had to find a way to help.

Through fundraising and donations, Norris worked with a metal shop in Mexico to build large, heart-shaped bins to recycle plastic caps.

Norris then teamed up with Casa Feliz, an organization that provides treatment, meals, housing and more to families with children battling cancer to help with the recycling process.

Now when people recycle bottle caps into the heart-shaped bins, the money they receive from recycling is given to Casa Feliz to continue their mission to help families and children battling cancer.

Norris originally planned to make five bins, but the project has received overwhelming support and recognition that he has already been able to produce 20 bins for the Torreon community.

While in Mexico, Norris was able to team up with local Boy Scouts who helped Norris collect caps from their communities and in return, the scouts earned off-duty hours.

Norris says that every six days, the 20 heart-shaped bins can produce enough recyclable plastic to pay for cancer treatment, shelter and meals for 16-17 children.

With the success of his project in Mexico, Norris’s father says they are now in talks with Mexico’s Consul General in Atlanta and the Latin American Association to potentially form a non-profit partnership to bring the concept to the United States. to bring.

While Norris hopes to fill hearts in Mexico as often as possible, he won’t accept donations of bottle caps in the US

If you would like to support Norris and Casa Feliz’s project, please visit the GoFundMe page.

Notice a spelling or grammar error in this article? Click or tap here to report it. Add the headline of the article.

Pediatric Acne: What Signs are Concerning?

The latest news on the COVID-19 pandemic