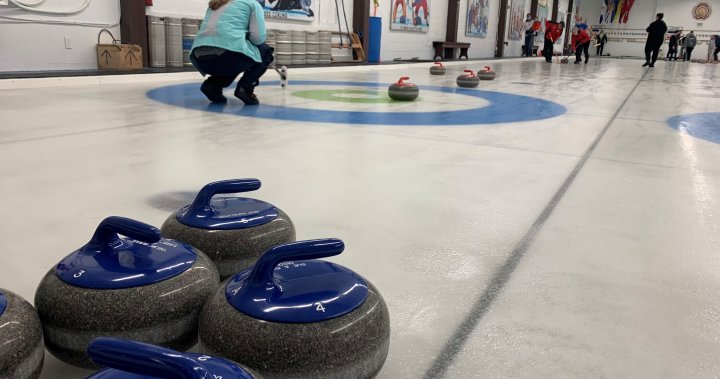 The 24th annual Kurling for Kids charity fundraiser was back on the ice at the Lachine Curling Club for the first time in two years on Saturday.

Normally twelve teams with players of all skill levels compete in the tournament, but this year it was at half capacity. Despite only having six teams, Christine Tourigny, Kurling for Kids’ communications director, told Global News they couldn’t have asked for anything more.

“To be here on the ice today feels absolutely fantastic and I feel like we are really doing our part again,” said Tourigny.

The nonprofit raises money for medical equipment and services for children’s hospitals across the country.

In Montreal, it supports the Montreal Children’s Hospital and the Sainte-Justine Center for Pediatric Services. The money raised this year will help purchase an apartment building for the former to accommodate out-of-town families with sick children receiving services in the city.

Kurling for Kids, raises money for children’s hospitals in Montreal for 21 years

The goal of Kurling for Kids is to raise $250,000 dollars by November. Even before Saturday’s fundraiser, it was already over halfway.

The organization was unable to host its usual events during the pandemic, so they found other ways to raise money.

According to the communications director, the golf tournament was a bull’s eye, raising more than $25,000. It’s something she said will be hosted again this summer.

Creative individuals can now also host their own Kurling for Kids fundraiser event through the new personal fundraising option.

As always, anyone who wants to donate can do so on the Kurling for Kids website.

“It feels like we’re back in it and I want to go full steam ahead,” said Tourigny.

“You learn you can do anything if you beat cancer,” Oklahomans walk for wishes – KOKH FOX25