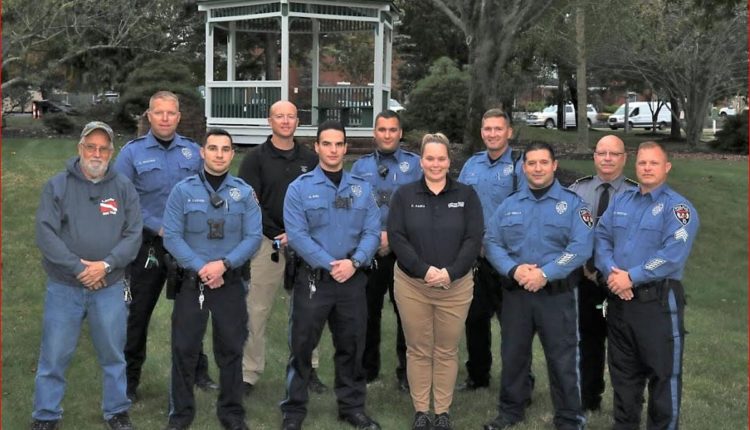 Like many police departments — and many other groups and individuals — in November they get rid of razors and grow facial hair or put on fake mustaches to raise money and raise awareness about some of the health problems someone in the community has. fight.

The Lacey Township Police Department is one of the departments on the Jersey Shore that will be participating here in #NoShaveNovember in 2021 and this year the department announced that they are raising money for one of their own departments – Lacey Police Coordinator Kasmira “Kasey” Kanka, who fight stage 4 melanoma cancer.

Kanka, who has been with the department since 2015, has struggled through a number of difficult diagnoses and health problems over the years after being diagnosed with ulcerative colitis when she was only 17 years old, which led to multiple surgeries and many of medicine.

As a direct result of this, Kasey eventually developed stage 4 melanoma cancer. From there, she received devastating news that the cancer had reached her lymph nodes, requiring extensive surgery to remove it. This only worsened her previous medical diagnosis, essentially leaving her “Kasey had made up her mind what battle she wanted to fight. Kasey quietly maintained this battle as she continued her services to Lacey Township and our officers.”

Inspired by her struggle and dedication to the department and the community, Lacey Police along with the Township’s Emergency Services will dedicate their 2021 NSN campaign to Kanka.

“Kasey is a pleasure to work with, and her infectious positivity during such a difficult time is often noted. We are proud to call her a member of our Lacey Police/PBA family and continue to support her through her brave fight. donation directly benefits the No Shave November campaign, Lacey Township PBA #238 will match the personal donations of our participating members for Kasey. We also invited all our volunteer organizations to join forces with the police and PBA to participate in this local campaign.”

Lacey Township Police said “donations on behalf of police officers and our local emergency services should be made directly to No-Shave.org as part of the Lacey Township Challenge” at:

For the past several years, the Lacey Police Department along with the LT Emergency Services have raised more than $26,000 each November through their “No-Shave November” campaign for various individuals and charities, including Prevent Cancer Foundation, Fight Colorectal Cancer and St. Jude Children’s Research Hospital as directed by the No-Shave November campaign and into 2020,”to the widely respected chief John Szafranski III of the Lanoka Harbor Volunteer Fire Department, who sadly lost his courageous battle with pancreatic cancer.”

“Chief Szafranski really stood out as not just a first responder, but one who has been continuously giving back to Lacey Township for years,” Lacey Police Chief Michael DiBella told Townsquare Media News in November 2020. “He was very involved in the fire service and he was just a person you can just go and talk to, he was very caring, he always wanted to give back to the community and do the right thing. He will definitely be missed.”

“I have known Chef Szafranski for about 30 years, I grew up with his son and daughter and my children are friends with his grandchildren,” Lacey Police Sergeant George Resetar told Townsquare Media News. “Chief Szafranski has always been a beacon for the city, he is very respected, very well known, a very calm gentleman who was always able to open his eyes and ears and never judge anyone. He was very good at offering help and insightful information to make each of us better at our jobs.”

“He’s a mentor and friend to all of us here, we’ve worked very closely with him,” he said. Lacey police officer Michael Hutman told Townsquare Media News:. “We are a very strong and close family in this community. When one of our relatives is going through something or is in pain, we all feel it.”

When Ocean and Monmouth County Police Saved the Day