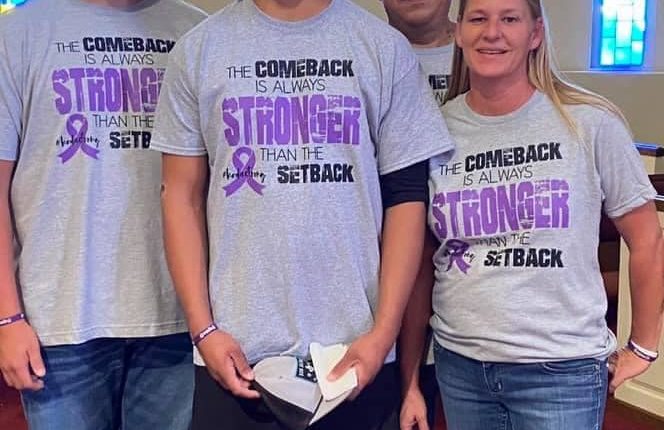 TROY, Texas – Over the summer, Koda started showing symptoms of a rash on his legs. His parents were concerned and took him to the hospital to find out what was going on.

“The words you never want to hear as a parent. But the only good thing we get is Hodgkin’s lymphoma,” says Nakoda’s mother, Shalon Layton.

For Koda, hearing the words “You have cancer” changed his world.

“I didn’t expect to hear anything that same day. But it seems to me to be getting easier, as far as treatment goes,” says Nakoda.

Koda is undergoing intensive chemotherapy – he will undergo 14 treatments in two-month cycles.

“And one of the good things about this type of cancer is that it usually has a very good response to therapy, but needs a lot of high doses and combinations of chemotherapy,” says Nakoda’s physician, Dr. Carrie Laborde.

Because September is the month to prevent childhood cancer, Dr. Laborde: “We consider cancer to be very rare for children. But we know that more than 15,000 children in the United States are diagnosed with cancer each year.”

To show support, the Layton family has all shirts for Koda. It says, “The comeback is always stronger than the setback.” Since the diagnosis, Koda has been extra careful to stay healthy – meaning he won’t be able to play football this season.

“He got to play the home game, and that was his only real game he got to play,” Shalon said.

The fight against cancer is difficult and Koda cannot do it alone. Members of the Troy community show they are on Koda’s side. The community has been able to run family meal trains and purchase “Koda Strong” t-shirts.

“I am very proud of the community. I mean, for a small town, they supported a lot more than I thought the town would,” says Nakoda.

On October 16, there is a Koda Strong perk. The public is invited to show some support for Koda.