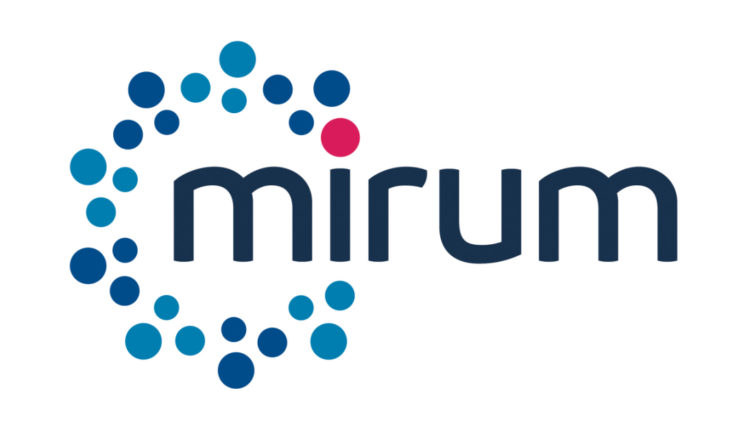 The PRV was granted by the US Food and Drug Administration in September 2021 with the approval of LIVMARLI™ (maralixibat) oral solution for the treatment of cholestatic pruritus in patients with Alagille syndrome one year of age and older.

Under the agreement, Mirum will receive a payment of $110 million upon closing of the transaction, which is subject to customary closing conditions and is expected to occur upon the expiration of applicable U.S. antitrust clearance requirements.

Jefferies LLC acted as the exclusive financial advisor to Mirum for this transaction.

LIVMARLI™ (maralixibat) oral solution is an orally administered, once-daily ileal bile acid transporter (IBAT) inhibitor approved by the U.S. Food and Drug Administration for the treatment of cholestatic pruritus in patients with Alagille syndrome one year of age and older and is the only FDA-approved drug for the treatment of cholestatic pruritus associated with Alagille syndrome. For more information, visit LIVMARLI.com.

Alagille syndrome (ALGS) is a rare genetic disorder in which bile ducts are abnormally narrow, malformed, and reduced in number, leading to bile buildup in the liver and eventually progressive liver disease. The estimated incidence of ALGS is one in every 30,000 people.1 In patients with ALGS, multiple organ systems can be affected by the mutation, including the liver, heart, kidneys, and central nervous system.2 The buildup of bile acids prevents the liver from working good at removing waste products from the bloodstream and according to recent reports, 60% to 75% of patients with ALGS undergo liver transplantation before they reach adulthood.3 Signs and symptoms resulting from liver damage in ALGS may include jaundice (yellowing of the skin) ), xanthomas (disfiguring cholesterol deposits under the skin) and pruritus (itching)2. The pruritus experienced by patients with ALGS is one of the most severe of all chronic liver disease and is present in most affected children by the third year of life.4

LIVMARLI can cause serious side effects, including:

Changes in liver testing. Changes in certain liver tests are common in patients with Alagille syndrome and may worsen during treatment with LIVMARLI. These changes can be a sign of liver damage and can be serious. Your healthcare provider should do blood tests to check your liver function before and during treatment. Tell your healthcare provider right away if you develop any signs or symptoms of liver problems, including nausea or vomiting, skin or the white part of the eye turns yellow, dark, or brown, urine, pain in the right side of the stomach (abdomen), or loss of appetite .

Stomach and intestinal (gastrointestinal) problems. LIVMARLI may cause stomach and intestinal problems during treatment, including diarrhoea, stomach pain and vomiting. Tell your healthcare provider right away if you have any of these symptoms more often or more severe than usual for you.

A condition called fat-soluble vitamin (FSV) deficiency, caused by low levels of certain vitamins (vitamins A, D, E, and K) stored in body fat. FSV deficiency is common in patients with Alagille syndrome, but may worsen during treatment. Your healthcare provider should do blood tests before and during treatment.

Other common side effects reported during treatment were bone fractures and gastrointestinal bleeding.

Mirum Pharmaceuticals, Inc. is a biopharmaceutical company dedicated to transforming the treatment of rare liver diseases. Mirum’s approved drug is LIVMARLI™ (maralixibat) oral solution approved in the US for the treatment of cholestatic pruritus in patients with Alagille syndrome one year of age and older.

Mirum has applied to the European Medicines Agency for a marketing authorization for maralixibat for the treatment of cholestatic liver disease in patients with Alagille syndrome.

Mirum’s second investigational treatment, volixibat, also an oral IBAT inhibitor, is being evaluated in two pivotal trials, including the OHANA Phase 2b trial for pregnant women with intrahepatic cholestasis of pregnancy and the VISTAS Phase 2b trial for adults with primary sclerosing cholangitis . Mirum plans to begin a Phase 2b trial in primary biliary cholangitis later this year.

To expand its pipeline in cholestatic liver disease, Mirum has acquired the exclusive option to develop and commercialize VTX-803 and VTX-802 gene therapy programs for PFIC3 and PFIC2, respectively, from Vivet Therapeutics SAS, following preclinical evaluation and research to enable new drug studies.