Mothers turn grief into action in the fight against childhood cancer 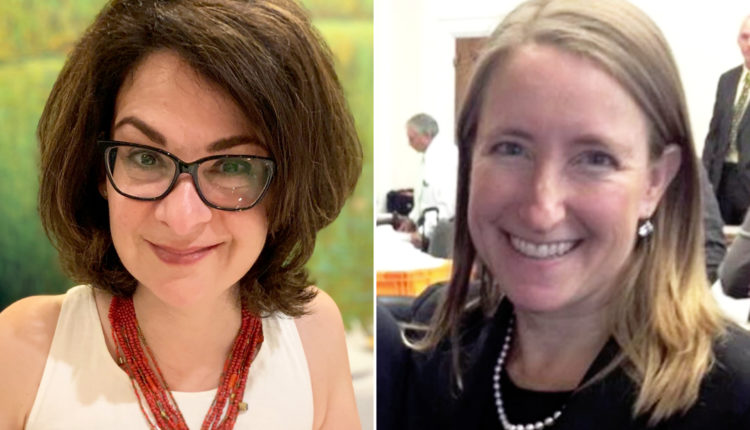 The pair couldn’t be more different: Nancy Goodman, a lawyer passionate about international trade disputes, and Ellyn Miller, a real estate agent who loved her job selling new-build homes. But their shared experience of receiving the heartbreaking prognosis, “Your child has cancer and there’s not much we can do,” changed them forever. Now their lives on Capitol Hill are powerfully aligned as they fight for more funding and research into childhood cancer.

Goodman’s son Jacob was diagnosed with medulloblastoma, an aggressive form of brain cancer, in 2007. He was 8 years old.

Jacob was treated with a 40-year-old chemotherapy protocol that Goodman says doctors wouldn’t cure but continued anyway “because there were no other treatments for his kind of brain cancer at the time.” When Jacob died in 2009, he was 10 years old.

Three years later, Miller’s daughter was diagnosed with a brain tumor known as DIPG. Gabriella was 9 when her diagnosis was made. She died almost a year later in 2013 at the age of 10. Today, the survival rate for DIPG remains close to 0%.

Both women, with no prior legislative experience, have been at the forefront of the childhood cancer movement that pioneered and lobbied Congress for impactful legislation aimed at increasing funding for research.

Ironically, Goodman, who practiced international trade law before Jacob was diagnosed, had never set her sights on work on Capitol Hill.

She says she has always hated the subject of medicine: “I think I dropped out of science in 10th grade. I wanted to make it very clear to the universe that I wouldn’t be a doctor because I had no interest in medicine. However, after her son’s diagnosis, she said, “I started reading academic science papers and taught myself how to read them and taught myself about cancer biology.”

The problem was that even scientists or Jacob’s oncologists didn’t understand his disease. The basic reason for his death was the lack of research and effective therapies, Goodman said.

Miller stopped working when doctors diagnosed Gabriella with an inoperable tumor. As with Nancy’s son Jacob, a lack of research into Gabriella’s type of tumor meant she would die of her disease at age 10, Miller said.

While Gabriella was alive, she embraced the role of a childhood cancer advocate. In 2013, two weeks before her death, a video of Gabriella went viral. In it, she tells lawmakers, “Stop talking and start doing. … Talking is bullshit! We need action.”

It caught the attention of then House Majority leader Eric Cantor. About two weeks after her daughter’s death, Miller was on Capitol Hill meeting with the Virginia Republican, who wanted to name a bill after Gabriella. The bill would call for the diversion of money earmarked for political conventions for childhood cancer research. Miller, still grieving for her daughter, set to work to gain support for the bill among senators. Less than six months after Gabriella’s death, the Gabriella Miller Kids First Research Act went into effect.

“To this day I feel like her hands were pushing me on my back,” Miller said, “they said, ‘We’re not done yet. We have work to do.’ “

Both women are on a crusade to remedy the injustice they believe many children with cancer are facing, a lack of adequate investment in studying cancer specific to them and a lack of development of effective and less toxic drugs and cures.

She found a law firm that helped her public defender, but she also had to learn how to move around Capitol Hill and plead. So she found two lobbyists who took her under their wing.

Since then, Goodman has been credited with the Creating Hope Act, passed in 2012. The bipartisan act created significant incentives for the pharmaceutical industry to develop treatments and cures for children with rare life-threatening conditions, including cancer. Goodman can also be credited with the RACE for Children Act, passed in 2017, which requires companies that develop cancer-targeted therapies to also develop their drugs for children.

Rep. Michael McCaul, a Texas Republican who has worked alongside Goodman, said: “Nancy Goodman was and still is a pioneer in the fight against childhood cancer. I can’t thank her enough for her endless work and I look looking forward to continuing our mission to end childhood cancer.”

On Friday, McCaul and Democratic Representative GK Butterfield of North Carolina unveiled the Give Kids a Chance Act, Goodman’s latest brainchild, and they will introduce it to the House next week. Under the bill, which builds on Goodman’s previous legislation, companies developing drugs for adult cancer would require testing of a combination of drugs for pediatric investigations.

“While tens of thousands of children are battling cancer in every community across the country, research into new treatments and cures for these diseases is woefully underfunded. That’s why we need the Gabriella Miller Kids First Research Act 2.0. This law will provide a much-anticipated increase in funding.” hoping that no other family needs to know the heartache of losing a child to cancer,” Wexton told CNN in a statement.

The measures taken by the pain of these two women enduring the unnatural phenomenon of losing a child to a terminal illness are seen as valuable assets in the community of pediatric oncology scientists, who want to cure these diseases but lack the have financial support to do.

“The pediatric cancer research community depends on the hard work of advocates, such as Nancy Goodman and Ellyn Miller, to ensure that the voice of children with cancer is represented in the federal budget and to increase the incentives for developing new drugs for cancer. pediatric oncology through regulatory requirements,” said Hawkins.

But as impressive as their work has been, according to Goodman, it’s not enough. So much more needs to be done to transform the reality of childhood cancer, she said: “Babies are still dying. Of course it’s not enough.”

This story was updated Friday with further developments.